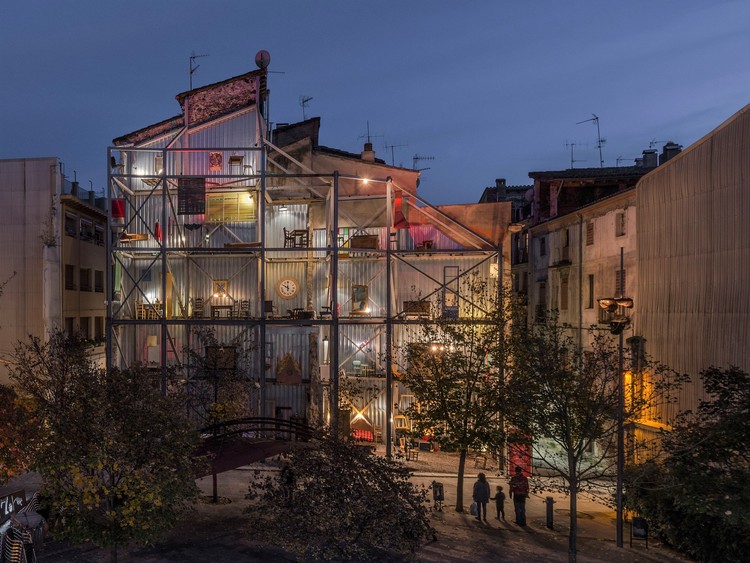 “HABITARE” OR A HOME WITHOUT A HOUSE “Habitare”, to inhabit, from the Latin for “to occupy a place”, to live in it. Architecture is capable of summoning a house simply by outlining spaces, shaping their limits with countless resources and nuances. The architecture, the result of how houses are formed, depends on these limits and their formal and material complexity. And yet, a house isn’t by default necessarily a home.

A home is a dwelling with the addition of the formal humanization that results from living in it, from adding in the objects and furniture possessed by the people who live in it, their belongings, their souls. It is the inhabitants, connected anthropologically to the hearth and the family living their lives around it, who are responsible for creating a home. The furniture comprises the objects that faithfully and silently accompany the life of an individual, a family, multiple generations. People pass on and the furniture remains: as a memory, as a witness, to evoke those who are no longer with us, sometimes to reveal their secrets.

Urban forms and architecture, like people, also pass on, change, transform, or even disappear. On a plot where various homes once shared a building, a vacant lot appears. Now, there is no longer a house here, just a structure that, arduously, like under a yoke, holds up the neighboring house, which can’t stand on its own.

A structure that acts as a crutch, that isn’t a house but reminds us, formally, with its metallic lines, that there might once have been a soul there, there was life there. Furnishing urban voids, rekindling the souls of former homes, without the limits or physical supports of a house and without its inhabitants. “Habitare” or a home without a house.