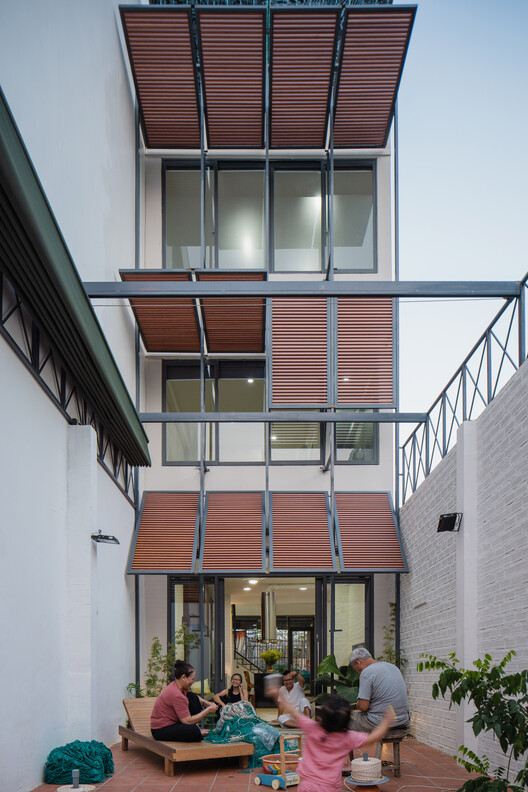 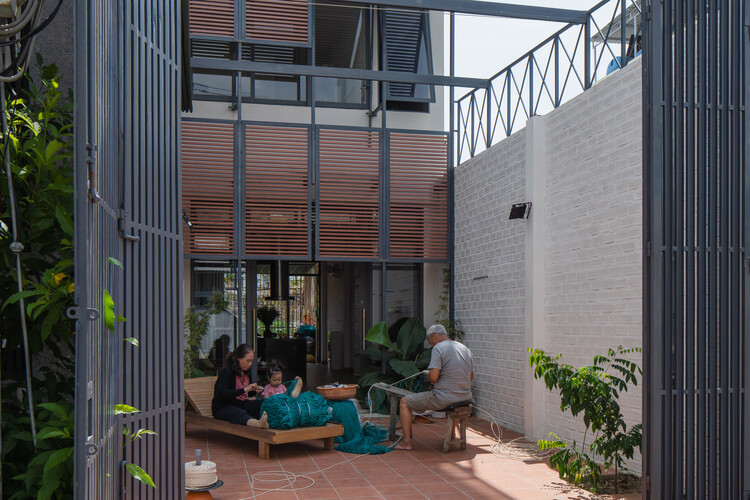 Text description provided by the architects. The house is located in a new resettlement area in Nha Trang, which is a coastal city with white sandy beaches and clear waters. In addition, Nha Trang is well-known for fisheries that are a part of factors in Nha Trang’s economy after tourism, however, this place is facing the problems of the country like losing the traditional careers because the urbanization is growing sharply.

Nowadays, real estate projects have been appearing in most cities of Viet Nam, and this will consequently lead to clearance compensation of the government to residents with small money to resettle. Moreover, the government allows residents to build their resettlement house without any formulas or rules, thus, most residents have built their house with their greed through large concrete boxes full of usage area, even encroaching the land use. As a result, most residents in this place are facing losing fisheries career because there is no room for it.

In contrast, Hon Xen House chose another way to solve the challenges and orientated the house to a socially responsible way. Firstly, we proposed a small house that optimized the basic functions to leave space for the front yard and back yard where the members of the family operating their traditional career. It does not only express a modest to the context with a low density but also creates a place to play for the children.

Secondly, we proposed a façade with a flexible structure to avoid the sunlight from the West and the users can modify the angle of it. The flexible façade includes twelve modules with steel frames and wooden louvers. The specific of a house in Western is the cool atmosphere in a whole day, by the West- South wind, one of the main wind in Nha Trang, except the afternoon when the house is a scorcher. The façade creates a space that brings the users close to the Vietnamese traditional house with a patio, an iconic of cornices.

Last but not least, a low budget was also a problem to concern with the final cost of the house was approximately 35,000 USD. There were two solutions to reduce the cost was using recyclable materials and lending the space. In term of finishing, we chose to use the substance of the materials without using the finished layer, obviously, this solution made the house more rustic and closer.

In addition, we collected wooden panels from the old house to create furniture such as the kitchen, sofa, table and steps of the staircase. Recyclable material was not only decreasing the cost of finishing but also saving the memories of the old house. The solution for a small house was to lend the space instead of dividing the house into small spaces, as a result, the cost of construction was saved significantly.

In conclusion, Hon Xen House is a human story about treatment to the environment through the solutions that we found after analysing the site and stories of the client, and we hope it could inspire young architects about modest architecture.