House for a Family of Musicians / Baum Lab 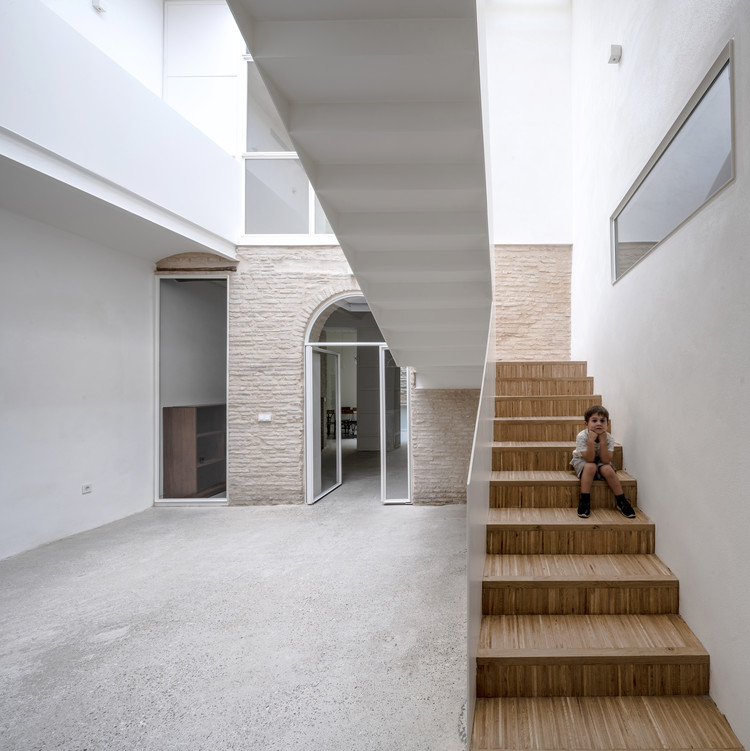 19 Apr House for a Family of Musicians / Baum Lab

House for a Family of Musicians / Baum Lab

Text description provided by the architects. The city, as the crystallization of social interactions, begins in the domestic spaces. In-between areas, in which public and intimate interact, become an urban force. In ancient Islamic cities the urban grid was conceived from the inside out. This project reflects on the idea of the patio both as the core of the house and the seed for urban revitalization.

The assignment was to refurbish a heritage protected patio house from the 18thcentury, located at the core of Seville’s historic centre. The initial condition of the building was critic, with many elements about to collapse. Nevertheless, the typology was well preserved and the spatial values were still there. Our proposal aimed at identifying the inner values of the house, in order to create a new contemporary reality in which old and new,could build a container for the everyday of a family of musicians.

The project works with the idea of privacy filters, manipulating the intermediate spaces in order to build a soft transition from the public spaces to the intimate ones. The patio emerges then as a semi-private area, highly connected with the street, and in which family interactions could take place. The house is thought as a sequence of spaces, linked by the light void of the patio.

Just like the pianist Glenn Gould reinterpreted Bach ́s Goldberg variations in 1955, this project is willing to look at the past of the building and to write a new contemporary chapter. Revitalizing the old town, beyond new parasitic touristic uses, was also one of our main goals. Far from speculative approaches, this rehabilitation aims at a historic centre as an alive neighborhood.

The approach to the matter of old and new followed a very clear line of thoughts: Diagnose, Depuration, Consolidation and Prosthesis. It is an essentially reversible process that consolidates historical remains and enable new uses. Thus, after a very deep study of the original condition of the building, all those previously added, distorting elements were removed. The historical remains were consolidated, using traditional techniques and materials. Finally, we introduced a series of new elements, developed with contemporary materials. However, the proposal is not aiming at a violent contrast between old and new, but rather a new coherent reality.

Like in an origami exercise, the railing system, a continuous metal plate, is folded up to the second floor, creating a visual connection and bringing the light down. The first flight of stairs had an original vaulted structure from the 18th century that was consolidated and preserved. The second nav’s slab and the galleries were built with brick vaults

The Project proposes the consolidation of the traditional elements, using traditional techniques and materials: clay mortar, brick vaults and wooden elements. For all the new elements we used metallic solutions: metal slabs, folded metal sheets and plates-made window frames. The flooring system is hard (structural polished concrete of the bracing slab) on the ground floor and it becomes soft (industrial solid oak parquet) as it reaches the more private spaces on the first floor.