How Can We Make Future Megacities Become Smart as Well? 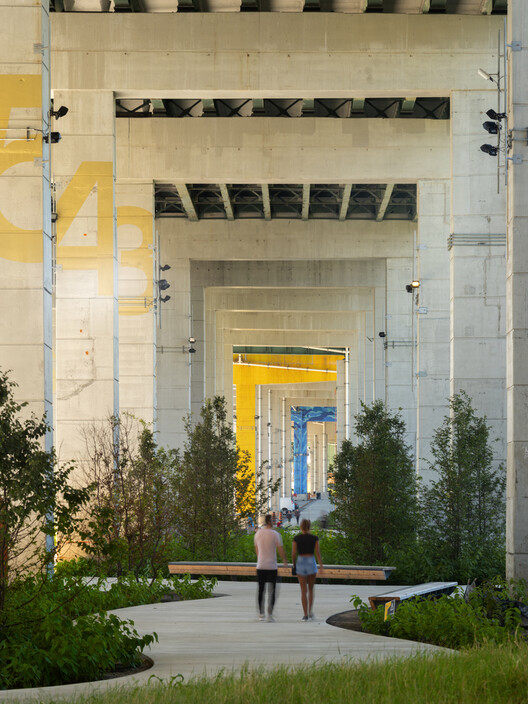 01 Jun How Can We Make Future Megacities Become Smart as Well?

How Can We Make Future Megacities Become Smart as Well?

Cities are so deeply rooted in the history of mankind that we hardly ask ourselves why we live in them or what the reason is for us to group together in urban settlements. Ciro Pirondi, Brazilian architect, points out that we live in cities because we like to have someone to talk to, while Paulo Mendes da Rocha classifies the city as “the supreme work of architecture.” The city is the world that man builds for himself. These are immense collective constructions, palimpsests, and collages of stories, achievements, and losses.

Earth has been mostly urban since 2007. By 2050, the percentage of people living in cities should reach 70%. In the coming years, megacities with more than 10 million inhabitants are expected to multiply, mainly in Asia and Africa, and often in still-developing countries. Such a projection raises questions about sustainability and climate change that cities inevitably catalyze. It also raises questions about how cities can provide an adequate quality of life for its inhabitants, and how they can prosper and develop in contexts that are often not ideal. How can urban spaces benefit their population and vice versa? While old centers will require transformations and updates, city peripheries will require new homes and public facilities, in addition to adequate infrastructure. How can this process help urban centers become more intelligent, using the technology already available to benefit their inhabitants in a creative and efficient way?

“The global urban population is expected to grow 63% between 2014 and 2050 against the total population growth of 32% in the same period, the fastest increase occurring among megacities with more than 20 million inhabitants and located mainly in developing countries. The trend creates unprecedented sustainability challenges.” [1] Because new technologies, new demands, and new ways of living emerge over time, adapting how we will live, consume, move, and how we will build and rebuild our cities encompasses a large part of the challenges that humanity must face. In a world increasingly concerned with climate change, each of these tasks plays a key role. According to the report Smart Sustainable Cities: Reconnaissance Study, cities are responsible for 67% of global energy demand and consume 40% of all energy. Urban centers are responsible for 70 percent of global greenhouse gas emissions, contributing heavily to climate change, and are increasingly suffering from natural disasters. Cities are the scene of most of the social tension caused by increasing inequality and unemployment, air and water pollution, congestion, violence and crime. At the same time, they offer opportunities for economic development: it is in urban centers that 80% of the world’s gross domestic product is generated, and its citizens tend to earn more.

Cities also show enormous inequalities. Worldwide, more than 1 billion residents today live in so-called slums (informal urban settlements, usually in highly populated urban residential areas, made up of small and precarious housing units, served by deteriorated or deficient infrastructure, and inhabited mainly by poor people. Unsafe and/or unhealthy housing (for example, lack of windows or leaky roofs), residences with limited access to basic services (water, toilets, electricity, transport), overcrowded living spaces, unstable houses and fragile structures or homes without secure land tenure (i.e. the right to live on that land) are the reality for about 1/6 of the world population, 80% in three regions: East Asia and Southeast Asia(370 million), Sub-Saharan Africa (238 million), and Central and South Asia (227 million). In addition, it is estimated that 3 billion people will need adequate and affordable housing by 2030. Especially in developing countries, housing is a critical issue for a large part of the population. Christophe Lalande, an expert on the topic at UN Habitat, points out that “housing is a great challenge, because it is the gateway to economic, social and cultural inclusion. It must be intrinsically sustainable, which means that it must be built in such a way as to provide stability and reliable living conditions for the long term. This is a crucial issue, especially for migrants, because access to adequate housing is a precondition for their effective integration.”

It is important that the housing issue is not only dealt with quantitatively, as many governments tend to do. Housing must be integrated with the city and kept close to jobs, transport, and other attractions that the city offers. Isolated housing estates in the city have repeatedly proven not to be the best solution. In addition, providing healthier and more comfortable buildings for an increasingly urban global population, which spends 80% of their time indoors, is essential, especially if we consider that, with the COVID-19 pandemic, housing had to incoporate many new functions, such as a study space for children and work spaces for some adults.

Constructing or renovating buildings to cultivate positive effects on the well-being of its occupants and a reduced impact on the environment throughout its life cycle is a major challenge. “This means developing solutions that contribute to the thermal, acoustic and visual comfort of the occupants and improve indoor air quality, while reducing the energy consumption of buildings. These solutions must also conserve natural resources and decrease carbon footprints, mainly as a result of their reduced weight, recycled material content and recycling capacity at the end of their useful life. Finally, they should not pose any risk to the health and safety of work teams. To that end, we rely on innovation, which must – of course – address all of these issues, but also bring significant improvements in the development of our purchasing and manufacturing processes. ” [2]

In addition, looking for materials suitable for the particular use and location, as well as cleaner and waste-free construction methods, such as modular buildings, should be the rule and not the exception. Densifying where possible—that is, in places where there are adequate infrastructures for this—,deploying multifunctional buildings, and mixing residences, shops, leisure, work spaces, and, whenever possible, income ranges, can make cities more compact, with less demand for transportation. Also, it is time to rethink many pre-established concepts, and everyone must agree that the COVID-19 pandemic helped serve this purpose. Will we need such large offices, now that teleworking has proved viable? Or were all our commutes really essential?

It is well known that civil construction consumes huge amounts of resources, plays a crucial role in the release of carbon (with effects already felt in cities through the greenhouse effect), and generates tons of solid waste daily. If we think about reducing carbon emissions and reducing waste, it is impossible to ignore the construction industry. Our current economy continues to follow a linear ‘extract-transform-discard’ logic. A circular economy can offer opportunities to rethink the way we produce and use the things we need, and allows us to explore new ways to ensure long-term prosperity. But the circular philosophy must go far beyond construction.

Returning to cities, we can go on and talk about a multitude of issues: food production and distribution, water management, electricity consumption and generation, mobility, and the list goes on. Cities are voracious organisms, which demand huge amounts of resources, food, and energy, but which produce wealth and knowledge while generating waste and pollution. This equation is cruel to the earth’s ecosystems and we are already beginning to feel the effects of climate change.

In recent years, much has been said about smart cities that optimize infrastructure and governance to better involve citizens in the management of services. This means sensors, systems, and applications that collect various data, which can be analyzed and influence decision-making in matters such as mobility, health, water and energy management, housing, solid waste, and sewage, among many others. Cloud-based Internet of Things (IoT) applications receive, analyze, and manage data to help local governments, businesses, and citizens make better decisions that will improve their quality of life. They invoke the idea of a networked urbanism, where the combination of ubiquitous monitoring and feedback would enable more sustainable and productive cities.

“Smart cities that make extensive use of digital technologies have been identified as possible solutions to the population pressures faced by many cities in developing countries and can help to meet the growing demand for services and infrastructure. However, the high financial cost involved in maintaining infrastructure, the substantial size of informal economies and various governance challenges are reducing the government’s idealism towards smart cities.” [3] But while we can imagine well-consolidated and wealthy cities deploying technology in our daily lives, this concept almost sounds naïve when we have so many without access to decent living conditions, which raises the question: could technology be an ally to contribute in some way to reduce such inequalities and improve the quality of life of all populations?

Some researchers point out that Smart City initiatives could contribute to overcome the limitations of traditional urban development, which tends to manage urban infrastructure systems separately and without real integration between the responsible actors. “Taking advantage of the diffuse character of data and services offered by digital technologies, such as cloud computing, Internet of Things or open data, allows different stakeholders in the city to be connected, improve citizen involvement, offer new and improve existing services and provide context. The development of Smart City is, however, highly complex, challenging and context specific. The challenges include different discourses used by technologists and policy makers, a lack of capacity to connect urban sustainability challenges to viable approaches and pressures on social and territorial cohesion that require unique governance solutions.” [4] Researchers on the topic agree that such technologies are, in fact, efficient when the population as a whole gets involved and understands their importance. This is an even greater challenge in poorer places.

But would technology be the savior of our cities, making them sustainable, equitable, and, most importantly, pleasant to live in? Of course, never alone. As researchers Si Ying Tan and Araz Taeihag [3] point out, the high financial cost involved in maintaining infrastructure and the substantial size of informal economies in developing countries represent unique challenges to the ideals of smart cities that need to be resolved. In addition, privileging technology as the core of smart city development without aligning it with public values ​​or understanding the extent of basic citizens’ needs would transform smart cities into mere ‘white elephants’. The study concludes that smart cities in developing countries can only be carried out when simultaneous socioeconomic, human, legal and regulatory reforms are incorporated into long-term development trajectories. Contextual conditions—including the state’s social development, economic policy and financial endowment; technological literacy and the willingness of citizens to participate in the development of smart cities; and unique cultural factors—are important for the development of smart cities in developing countries.

Global warming, an increasing tax on the earth’s resources, and the accumulation of waste have brought to the fore the realization that it is essential to change the way we design, produce, and distribute products and services. They have also revealed how our cities work, many of them inefficiently. Urban centers can be seen as part of the problem or part of the solution for climate change. Perhaps this is an issue around which the whole world is starting to come together. History shows us that urban centers can reinvent themselves, redo themselves, improve or worsen, and even collapse. Taking the use of energy and resources more seriously and, above all, providing a good quality of life and opportunities for access to the city is vital. Technology can play a crucial role, as long as it is used for the common good.