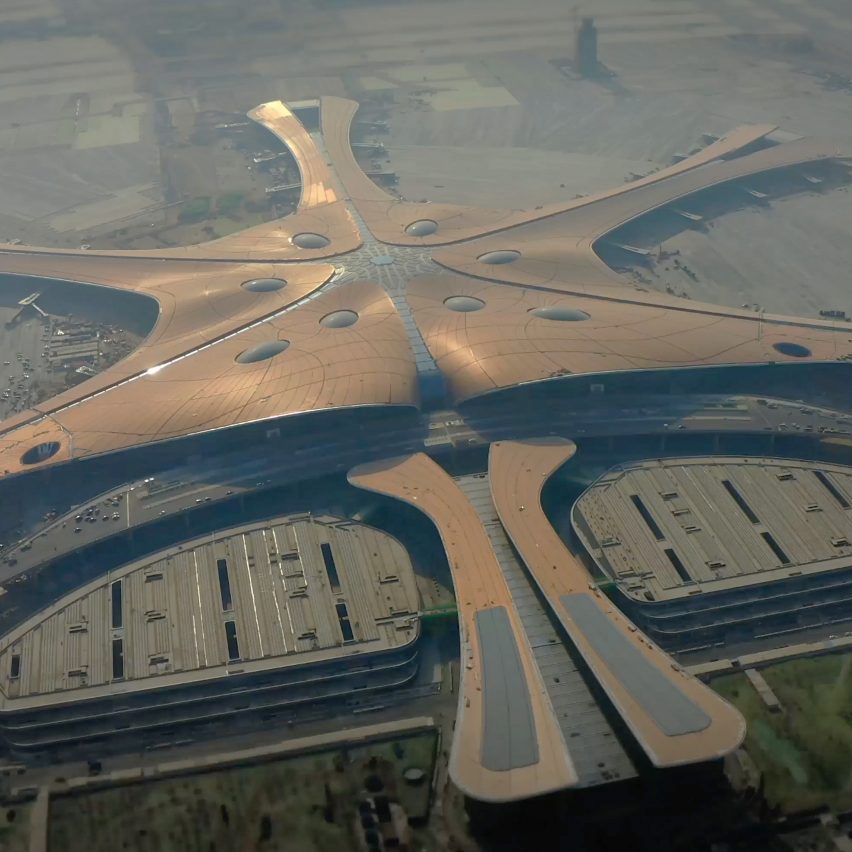 High-profile studios including Zaha Hadid Architects are breaching promises made when they signed up to Architects Declare and undermining its efforts to prevent climate change, the network has told Dezeen.

The initiative is being “undermined by a few practices,” according to the network, which was launched in May last year to encourage collective action from architects in the face of the climate and biodiversity emergencies.

Seventeen high-profile UK practices including Zaha Hadid Architects and Foster + Partners were founding signatories of the Architects Declare manifesto. Since then, branches of the movement have sprung up around the world.

However, the UK body admitted that its rules are too lax and the actions of some signatories have damaged its legitimacy.

“It is clear that our approach is working with most of the signatory practices but is starting to be undermined by a few practices who are not supporting the efforts of the initiative,” the Architects Declare steering group told Dezeen.

“As such, we will be conducting a survey with our signatories about tightening the declaration points. We know this may lead to some practices withdrawing but we anticipate it will also strengthen the resolve amongst those practices who do want to treat this situation as an emergency.”

The steering group spoke to Architecturefollowing a talk organised by the Council on Tall Buildings and Urban Habitat in which Zaha Hadid Architects principal Patrik Schumacher expressed his view that “continuous growth” was needed to fight climate change and warned against radical change.

“I want to warn against those voices who are too quick to demand radical changes, to moralise, even talking about degrowth [and] breaking up global supply chains,” the Architects’ Journal reported Schumacher saying.

“When leading practices make decisions or public statements that very clearly contravene the declaration, it does damage our legitimacy,” said the group.

“Statements by others that dilute, contradict or muddle the declaration point can be damaging to us as an initiative.”

“This is not a PR exercise”

The steering group was also critical of studios that appear to be using Architects Declare for publicity, while not engaging with the group and making decisions that go against its core aims.

“This is not a PR exercise,” said the group. “We don’t see why a practice would want to be a signatory if they do not want to engage positively with us and the purpose of the initiative.”

Earlier this year, Foster + Partners came under fire for designing a new airport to serve a luxury resort in Saudi Arabia. The project will feature “climate-controlled hangars that will be available for private jets”.

Architects Declare refused to censure Foster + Partners saying: “We have a principle of not naming and shaming our colleagues in the industry.”

However, climate activist group Architects Climate Action Network called on the studio to either resign as a signatory of Architects Declare or withdraw from designing the airport.

Architects Declare was founded in 2019 by an initial group of 17 architecture studios, including Foster + Partners and Zaha Hadid Architects calling for all UK architects to adopt a “shift in behaviour” towards climate change.

Read on for the full interview with Architects Declare:

Architects Declare: We’re pleased that Patrik acknowledges the great dangers of climate change and the urgent need to transform our industry. We fundamentally disagree that the route out of this emergency is to perpetuate the status quo. We also find his warning “against those voices who are too quick to demand radical changes” and his commitment to “continuous growth” completely at odds with the aims of Architects Declare.

The first declaration point is to “Advocate for faster change in our industry towards regenerative practices”. Given that the Intergovernmental Panel on Climate Change gave us ten years to achieve radical reductions in greenhouse gas emissions, and we are not remotely on track, it is absurd to suggest that certain voices are too quick to demand radical change.

Tom Ravenscroft: Does Architects Declare agree that putting economic prosperity at risk is a greater danger than climate change?

Architects Declare: The level of climate change breakdown that we face puts the entire globe in great economic peril so this is a false dichotomy. We have to rethink our existing economic models so that we can live within planetary limits.

It is surprising that Patrik seems to advocate an economic ideology that is decades out of date. The idea that growth will eventually clean up the environment was comprehensively debunked in the 1990s. Similarly, the prosperity that Patrik talks about has largely benefitted the richest one per cent, while large sections of global society have seen their conditions deteriorate.

It is time to recognise that the ideology of endless growth threatens the collapse of our societies before many of our children are even halfway through their lives. As architects, we have a responsibility to implement solutions to address the planetary emergency and there is much to be learnt from economists such as Kate Raworth, who spoke at our first Architects Declare gathering.

Tom Ravenscroft: Zaha Hadid Architects is a signatory to Architects Declare. Are Patrik Schumacher’s views damaging to its reputation?

Architects Declare: We ask our signatories to advocate for necessary change. When prominent representatives of signatory practices publicly speak in contradiction to the Architects Declare commitments then we feel that we must describe our position more strongly. Statements by others that dilute, contradict or muddle the declaration point can be damaging to us as an initiative.

Tom Ravenscroft: How can Architects Declare retain its legitimacy if studios like Zaha Hadid Architects and Foster + Partners seem to be making decisions that go against its core ideals?

Architects Declare: It is difficult for us to know the inner-workings of practices and how they are working to fulfil their Architects Declare commitments, however when leading practices make decisions or public statements that contravene the declaration, it does damage our legitimacy.

The principle aims of Architects Declare are to shift paradigms, to re-think our relationship with the planet and our role as architecture practices in this. This is not a PR exercise. We are working hard as a steering group to ensure that signatory practices feel supported in this necessary shift and to leverage our position to help create system change in our industry.

On a positive note, we have hundreds of practices and their representatives who are working hard to fulfil the declaration and who are establishing regional UK Architects Declare groups with us to support one another in enacting change. We also have volunteers from the profession developing guidance for signatories in the form of a practice guide, which will be released soon.

Making change happen is difficult, it can be uncomfortable, but if it is normalised and we all work together to achieve it we think it is possible. We believe that Architects Declare can have, and is having, a positive impact. We don’t see why a practice would want to be a signatory if they do not want to engage positively with us and the purpose of the initiative.

Architects Declare: AD’s core principles are outlined in our declaration, which describes important paradigm shifts with some specific measurable actions. We knew at the time of writing them in Spring 2019 that the commitments we asked of signatories were going to be a challenge for the profession to meet – particularly in terms of regenerative design, delivering whole-life carbon assessments and post-occupancy evaluations.

We know from our recent survey, and ongoing regional meetings, that most of our signatory practices are not currently meeting all of the declaration points in full, but that they are actively working towards them.

Our initial hope was that all practices would be self-aware of how well they are faring at fulfilling the declaration points, especially given that these would present unique challenges for individual practices to adapt to. Architects Declare also did not see it as realistic to develop complex guidelines and to monitor the activities of over 1,000 practices.

This would require subscriptions which would put off many practices and reduce our influence when approaching government. It is clear that our approach is working with most of the signatory practices but is starting to be undermined by a few practices who are not supporting the efforts of the initiative.

As such, we will be conducting a survey with our signatories about tightening the declaration points. We know this may lead to some practices withdrawing but we anticipate it will also strengthen the resolve amongst those practices who do want to treat this situation as an emergency.

This revision of the declaration points will also be an opportunity for us to more robustly address the issue of climate justice. Our counterpart initiatives in Australia, Canada and America have done so, and we see this as a key aspect of the paradigm shift that our current declaration fails to address.

We welcome intelligent reasoned debate based on the acknowledged facts facing our shared future. There are further challenges and debates to be had in the future, and we will continue to listen to our signatories and those positively working to address the climate and biodiversity emergency.