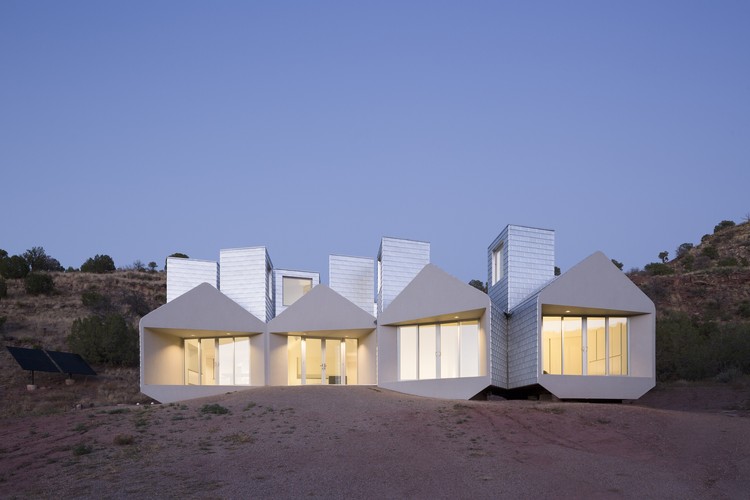 Text description provided by the architects. The Museum of Outdoor Arts Element House is a structural insulated panel (SIPS) modular building designed to operate independently of public utilities by integrating passive systems and on-site energy-generation. The house functions as a guest house and visitor center for Star Axis, a nearby land art project by the artist Charles Ross in New Mexico.

Using simple sustainable building practices to increase environmental performance, everything is stripped down to basic components. The organization of the house is based on an expansive geometric system of growth, radiating and aggregating outward, one module after another. A decentralized field of solar chimney volumes replaces the traditional solid mass of the domestic hearth.

Commissioned and built by the Museum of Outdoor Arts as the guest house for Star Axis an eleven-story sculptural observatory created by Charles Ross.