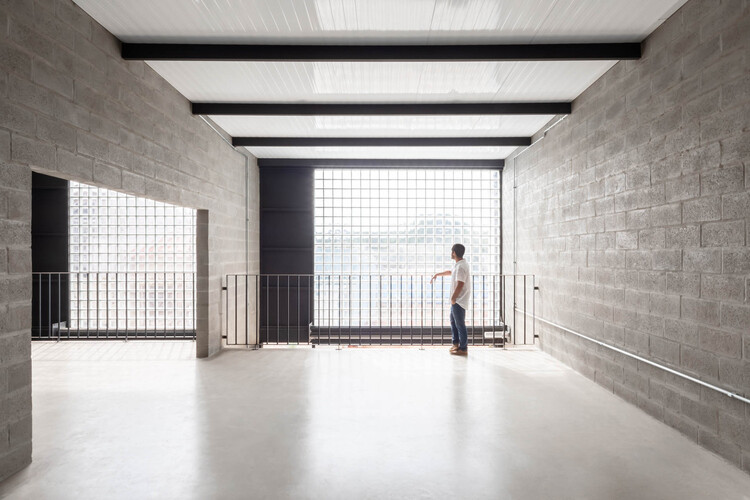 Starting from the first sketches of a project, it is essential that the project’s design restrictions are well defined. This will guide the project, making it more suitable for its location, owners, and local conditions. Among common restrictions, keeping the project cost low is perhaps the most ubiquitous. We spoke with the VAGA team, an office based in São Paulo, about the challenges and possibilities that working with a tight budget imposes:

Eduardo Souza (ArchDaily): For many architects, budget constraints are seen as a problem. But can it also be an opportunity?

VAGA: Every project has as its starting point a series of limitations, ranging from geographic and social conditions to the economic reality of the creator. Armed with all this information, we architects are always challenged to materialize an object that, in addition to other intentions and expectations, interprets the absolute conditions and transforms a pre-existing reality. Within the office, we try to see these limitations as opportunities; that is, the greater the challenge, the more inventive and ingenious the solutions must be, and, consequently, the more intriguing and singular the project will become. As an office, it was never our intention to work within a specific niche. We believe in a diverse and comprehensive architectural production.

We live in a world in which the financial aspect is always relevant and we must be prepared to deal with the most diverse realities, operating in a country as unequal as Brazil.

ES: In your description of the Vila Amélia project, you comment that it was possible to achieve a reduced cost per square meter (R$ 1,300 in 2017, which amounted to about U$ 407 on the average quotation of the time). What were the main factors that allowed you to achieve a lower cost of construction than usual?

V: In this case, having worked on a previous project for the same contractor was essential for Vila Amélia to consolidate itself in the way that it was initially conceived. In this first experience, which was a residential building with 4 units, also within the standards of the Programa Minha Casa Minha Vida (Brazilian social housing program, which operated between 2009 and 2020), we proposed specific solutions not consistent with the local reality or with the financial limitations of the developer, such as generous frames and finishes that required too much refinement in execution. As we were recently graduated, at the time still lacking professional experience, we ended up sinning in this sense and the project was transformed in the construction to adapt it to a restricted budget, a fact that initially brought us great frustration. However, with the completion of the work, we realized that the architectural concept had been respected and was strong enough that the quality and the relationships between spaces were preserved despite the substitution of some solutions unforeseen in the project, in addition to being very well accepted commercially for presenting itself as an unusual spatial alternative amidst the other local styles.

When we were presented with the opportunity to design Vila Amélia, the mistakes and successes in that previous opportunity guided our stance from the beginning. We sought to understand the reality of the local workforce, industry standards, viable construction systems, and the builder’s predisposition to adopt certain solutions as they are more common. The understanding of these issues was essential for us to be able to think about the project in a coherent way and in line with the financial reality of the enterprise. In addition, we adopted an architectural concept that had quality in itself, creating spaces and valuable relationships without depending on architectural solutions that were too costly or far-fetched.

ES: In the CL Warehouses it seems that cost reduction was also a premise since the beginning of the project. Can you talk a little about the decisions made in this case?

V: In the case of CL Warehouses, the financial needs were even more restrictive: the cost of 1 m2 of construction was around R$ 700.00 / m2 (in 2019, equivalent to about U$180 according to average price of the season). Obviously, the program itself was one of the factors that allowed for such a low cost. Among other factors, we highlight our constant presence at the construction site, since we were responsible not only for the project, but also for the management of the work.

Also important was the close relationship established between our office, the builder, and the client since the beginning of the project, all bringing solutions based on their specific area of knowledge so that the building could be consolidated in the best possible way, always with great attention to the financial issue. In addition, the adoption of certain artifices in design was decisive: the architectural part starts from the solution of the structure, in which structural masonry plans separate the sheds, in addition to serving as crimping plans for the mezzanine slabs and metal terraces that support coverage.

This was an extremely rationalized project in which the nature of the materials was not hidden by finishes, taking advantage of the aesthetics of the exposed concrete blocks, polished concrete subfloor, and the glass bricks on the facade, which do not require the use of frames.

ES: What are the main differences between housing and commercial / industrial works?

V: Each type of use has its specificities that end up determining certain initial design decisions and consequently the cost of construction. A space intended for housing should be welcoming, in addition to being able to provide privacy and collective coexistence at different times or even simultaneously, which, in general, ends up generating the need to create spaces for specific uses (ideal for eating, cooking , sleep, work, etc.), each with particular characteristics, different levels of privacy, and integration.

When designing spaces for commercial or industrial use, we often see the need for the building to meet the basic need for shelter with minimal infrastructure for its operation, in addition to providing great flexibility due to greater unpredictability and a variety of possible uses. Over the lifetime of this type of building, numerous changes can occur due to the specific needs of each occupant, making flexibility an essential aspect to be considered from the moment of conception. In the case of CL Warehouses, for example, it was initially imagined that the units would be occupied by uses such as convenience stores, small joiners, locksmiths, or workshops, but there was no certainty as to how the complex would be welcomed by the local population.

After the conclusion of the work, we observed that the warehouses aroused the interest mainly of other trades, which ended up occupying the modules with bars, restaurants, and clothing stores. In order for this initial uncertainty of uses not to limit the commercialization of spaces by the developer or to promote an early obsolescence of the building, it was essential to consider this scope and indeterminacy of uses from the beginning. However, this does not mean that residential buildings should not include a certain level of versatility in order to be adaptable to the demand and desire of each family over time.

We believe that flexibility is a contemporary issue to be considered.

ES: What influences the choice of the structural system, materials, and products present in each project?

V: The architectural part of a project goes far beyond the distribution of the rooms in the plan. In our view, the structural system and materiality must be investigated and defined together with the organization of the program, and must integrate a set consistent with the intentions of the project.

A concept, therefore, must contemplate both the material aspects of a physical construction, such as economics, rationalization, eco-efficiency, and other technical solutions, as well as immaterial and symbolic issues, such as the atmosphere to be created, human relations to be cultivated, and the condition of reality to be transformed.

All of these issues must manifest themselves through the materialization of an object that essentially sees the foundation of a place. This is the main role of the architect in his craft.

ES: We know that when the cost constraint is significant, the architect is forced to make decisions about where it is possible to spend a little more, and where it is necessary to save. For you, what is not possible to give up?

V: Whenever there is a significant limitation in the budget, we seek to concentrate the financial efforts on specific elements that are able to enhance certain relations between the proposed spaces, the territory in which they are inserted, and the people who will inhabit it. The definition of these elements starts exclusively from the particular issues of each project, with situations in which it is necessary to prioritize a generous view, free and wide spaces capable of hosting unusual uses, a unique volumetric composition that forms a territorial landmark, or some technology that represents long-term economic efficiency.

It is essential to consider not only the cost immediately spent on execution, but also the expenses that will occur over the life of the building, which may point to a greater investment in certain elements at first, aiming at greater efficiency or less need for maintenance later. Another idea that we frequently revisit is the search for the “truth of the materials,” that is, to find the most suitable material and technique for that specific situation, avoiding the use of superfluous components and expendable finishes.