The Quilmes’ City: The Architecture of Argentina’s Pre-Hispanic Settlements 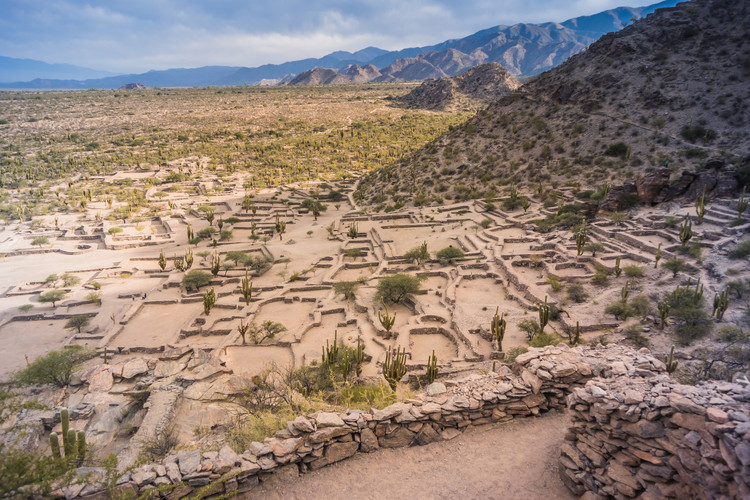 17 Sep The Quilmes’ City: The Architecture of Argentina’s Pre-Hispanic Settlements

The Quilmes’ City: The Architecture of Argentina’s Pre-Hispanic Settlements

One of the most advanced civilizations in Latin America, the Quilmes people inhabited what is today known as the Santa Maria Valley in the northwestern sector of the Tucumán province, in the center of the Calchaquíes Valleys. Their city contains remnants of village life from centuries ago, giving a clear view of life in the village from generations past, including the economy, religious sites, public and private spaces, and interactions with other civilizations. At its height, the Quilmes’ city had 450,000 inhabitants prior to the Spanish invasion.

These settlements, built in the Calchaquíes Valleys since approximately the 10th century, are considered to be Argentina’s first pre-Hispanic cities. Even though little remains of these cities, their ruins highlight a complex history of a material and spiritual culture ripe with social and economic advancements.

The Quilmes built their homes, fortresses, terraced fields, dams, irrigation canals, cemeteries, and wooden corrals on the slopes of Alto Rey Hill at 1800 meters above sea level. Starting around 1480, influences from the neighboring Incan Empire began seeping into the Quilmes’ civilization, shaping their language, culture, and construction practices. This is most obvious in the paths built to connect to rest of the Incan territory and which included woven rope bridges. Along each path, a temporary dwelling and storage for food and other supplies, including meat and dairy.

The homes consisted of windowless rock walls built in a circular or rectangular formation topped with roofs made with mud and straw–all built without cement or other prepared materials. Each house contained a central, open patio area that served as both the living quarters and a work and storage space for agricultural products. The use of double walls made with rock and gravel as well as mud and straw roofs built over wooden trunks gave each home climatic insulation and protection from the extreme cold and heat.

Around 50 hectares of stone agricultural terraces are carved into the hillside, reinforced with rock walls to prevent erosion. Due to the surrounding arid climate, the crops grown here had to be irrigated with streams. The main reservoir, built with slabs of rock cemented together with a mud and fine gravel mixture, held over 7 million liters of water. The 17 meter long retaining wall was designed to withstand the increase in pressure by tapering from 1 meter in thickness from its top to 3 meters at its bottom.

Halfway up the hillside, a series of large, tiered walls comprised a monumental structure that served as a temple for the Quilme deities. The walls consisted of white and grey stone and were marked with the figures of serpents and camelids. The camelids served as a principal food source for the Quilme while the serpents symbolized the lightning bolts that heralded the rains that would determine the harvests.

The Quilmes revered forces of nature, namely the sun, which was considered the source of all energy and light, and Pachamama or Mother Earth, who was the bearer of all life. To honor these forces of nature, the Quilmes performed various agricultural and livestock ceremonies, practices that continue today in parts of Peru, Chile, Ecuador, Bolivia, and northern Argentina. Along the hillside paths, they gathered stones to erect cairns in honor of these deities and travelers would add a stone to the pile in order to request protection in their journeys.

Ceramics and cave art were the primary means of artistic expression. Thanks to its prominence in the daily life of the Quilmes and its use in religious rituals and funeral ceremonies, pottery was an important cultural element while cave and rock paintings decorated specific places, usually far from the towns themselves.

Other castle-like stone structures, known as pucaras, served as lookout points and refuge from enemy attacks. For over a century, the Quilmes resisted Spanish invasion. The Calchaquí Wars spanned from 1560 to 1563, beginning again from 1630 to1642 and then ending with a final campaign from 1657 and 1658 to 1663 and 1664, where the Quilmes were defeated. Similar to the Incas, the Spanish drove the indigenous peoples from their ancestral lands in order to quash any further rebellion. The Quilmes were forcefully moved in 1677 to a Franciscan settlement on the coast of the Buenos Aires province, known as Santa Cruz de los Quilmes, a place and namesake that stands to this day.