The Value in Non-Traditional Expertise: How the Design Profession Has Evolved to Make Architecture Better 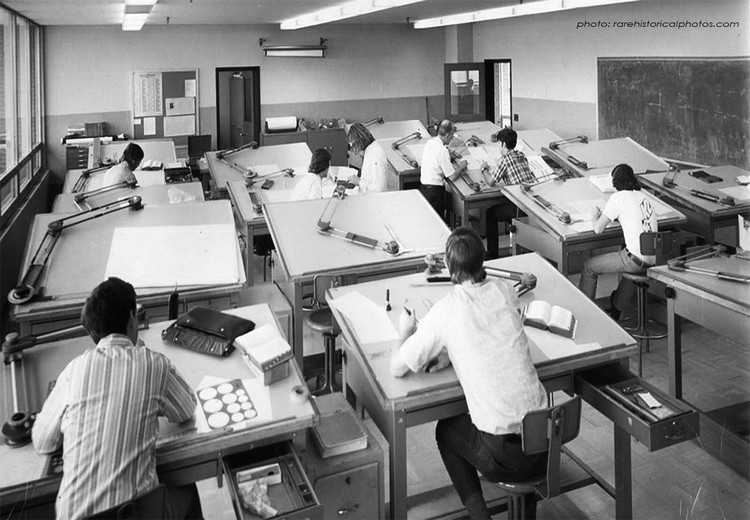 07 May The Value in Non-Traditional Expertise: How the Design Profession Has Evolved to Make Architecture Better

The Value in Non-Traditional Expertise: How the Design Profession Has Evolved to Make Architecture Better

The role of an architect has not always been what it is today. Historically, and almost since its inception, it was viewed as a “one-man show”, where the architect was the artist, the sculptor, and the visionary of a structure. As the practice has continued to evolve, it has become a much more collaborative, and much less individualistic profession in nature, continuously understanding the importance of considering outside perspectives- even those not traditionally trained in design.

Only a few centuries ago, architecture was hardly thought of as a profession. It was taught in the form of an apprenticeship, and something that could only be learned by shadowing other architects who were willing to mentor you- similar to a Medieval blacksmith. As the value in design aesthetics increased over time, wealthy upper-class members were trained to become designers without any real standards or formal guidelines. Fast forward to the 20th century, where the emergence of the “starchitect” was born- or the labeling of a “lone genius” who was famously responsible for a building’s vision through its manifestation as a built structure. These people act as the figureheads of their respective designs, and often times were credited with a project’s success, quickly rising to fame as an individual. Think of Frank Lloyd Wright or Mies van der Rohe– their names are so often associated with their designs that you have to take a second to remember that their stylistic notions and the personalities that shine through their prolific structures were created by a team of people, not just the man or woman in the spotlight.

However, the present-day has perhaps seen not only the “death” of the “starchitect” but the shifting realization that architecture is made better when different perspectives and skills are brought to the drawing board. Buildings are created to elevate the human experience and to invoke the senses in a way that develops powerful memories. But architecture isn’t the only profession that considers itself to be experts in this realm. As the world becomes increasingly hyper-connected and collaborative in nature, the profession has begun to see the value in following this trend, by introducing data scientists, psychologists, graphic designers, and even healthcare administration and workers to act as specialists in the design process.

Which Came First, the Drawing or the Building? Understanding the World’s First Architectural Processes

The field of psychology alone has had massive impacts on the way that we design buildings, in an article shared by the AIA, environmental psychologists are frequently serving as advisors on very specific project types, especially in buildings that need to consider certain groups- children, hospitals, the aging, the ill, and the disabled. “Environmental psychologists have been able to provide data-based evidence for design and planning decisions,” according to Setha Low, a professor of environmental psychology at the City University of New York. And while these consultants may not be involved in the design process, they do have the ability to make the collaborative process more holistic and provide the architectural team with a knowledge set that will make their project multi-dimensional. In a classroom design, architects know how to create the perfect proportions, lighting design, acoustics, and colors. But in this instance, what psychologists provide is the data-driven research and proven results that will help architects make classrooms better, allow students to be more attentive, and thrive in their environments.

It can be argued that architecture is at its best when the experience goes beyond the physical structure itself, but is sometimes in the small elements that are introduced by the variety of perspectives and diversity of skillsets that it takes to make architecture a success. It’s not just architects who bring memorable projects to life, but the collaborative efforts made by designers and non-designers alike.