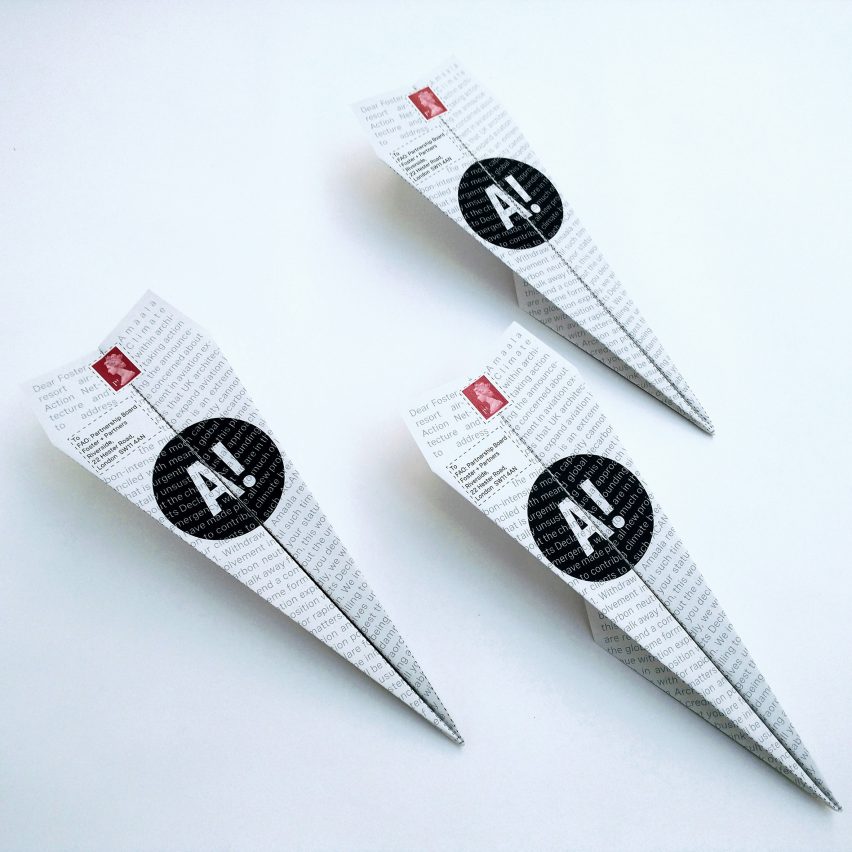 Climate action group ACAN has called on architects at Foster + Partners and Zaha Hadid Architects to take “meaningful action outside of your employment” amid an escalating row over airport projects.

The body condemned the two studios for refusing to stop designing airports and urged staff to take action over an issue that is dividing the profession.

“If you work for Foster + Partners, ZHA or indeed any practice, please know that you are welcome to join our movement and take meaningful action outside of your employment,” said Architects Climate Action Network (ACAN) in a statement on its website.

“It is vital we speak truth to power and take action together.”

ACAN’s statement, posted yesterday, comes amid an increasingly acrimonious row over whether working on new airport projects is compatible with decarbonisation goals.

It came after the two London architects resigned from Architects Declare, another climate action group, following criticisms of the practices’ ongoing work in the aviation sector.

Architecture writer Christine Murray, editor of The Developer, asked why ACAN and Architects Declare were picking a fight over aviation, which accounts for around three per cent of global carbon emissions.

Meanwhile, new construction and existing buildings are responsible for around 40 per cent of atmospheric carbon, Murray pointed out on Twitter.

Squabble has “divided the profession into good guys and bad guys”

“Instead, for example, could you write angry letters to all the practices specifying coal-fired bricks, concrete and stainless steel in, like, every single house-extension and new house in the whole country?” Murray tweeted.

“Instead, you’ve got architects sitting back congratulating themselves for not designing airports they were never going to be asked to design, while most of the country (and the newspapers) now think designing airports is the problem.”

“If someone can explain what’s been gained by this, I am seriously all ears,” Murray wrote. “But you didn’t stop the airport. You’ve just divided the profession into good guys and bad guys.”

However, ACAN said Foster + Partners had “made it clear that continuing to enable aviation expansion is more important to them than being part of a collective industry effort to address the largest crisis of our time.”

“They have signalled very clearly that tackling the climate crisis is not their priority, especially when doing so would conflict with their business model.”

“Statements from both of these practices are rooted in obsolete, hubristic ideologies which bear much responsibility for our failure to respect planetary boundaries,” added the network, which this summer urged members to send paper aeroplanes to Foster + Partners in protest against its airport projects.

The row coincided with the UK government’s announcement of plans to cut carbon emissions by 68 per cent by 2030, compared to 1990 levels. The plan does not include international aviation or shipping emissions.

Foster + Partners and Zaha Hadid Architects, the UK’s largest and third-largest architecture firms, were founding signatories of the Architects Declare movement, which advocates a shift to sustainable construction to help avert climate and biodiversity breakdown.

However, both resigned from the network this week after ongoing criticism of their continued involvement in new airport projects.

In its resignation statement, Foster + Partners said it was committed to sustainability but felt that aviation was vital to tackling climate change.

“We believe that the hallmark of our age, and the future of our globally connected world, is mobility,” said Norman Foster, founder of Foster + Partners.

“Only by internationally coordinated action can we confront the issues of global warming and, indeed, future pandemics,” Foster said. “Aviation has a vital role to play in this process and will continue to do so.”

A day later, Zaha Hadid Architects resigned citing “a significant difference of opinion with the Architects Declare steering group on how positive change can be delivered.”

Photography and drawing are courtesy of Architects Climate Action Network.