Architecture and Urban Planning Exhibitions: What Can They Tell Us About the Future of Cities?

15 Jan Architecture and Urban Planning Exhibitions: What Can They Tell Us About the Future of Cities?


Architecture and Urban Planning Exhibitions: What Can They Tell Us About the Future of Cities?

Whether as a retrospective, a collection of contemporary works, or a compilation of prospects for the future – and all the other possibilities in between -, architecture and urban planning exhibitions have played an important role in shaping the future of cities over the decades. These events are often open to the public, reaching many people who don’t necessarily have a background in the field, thus providing great environments to explore a collective view of the future of architecture and cities. 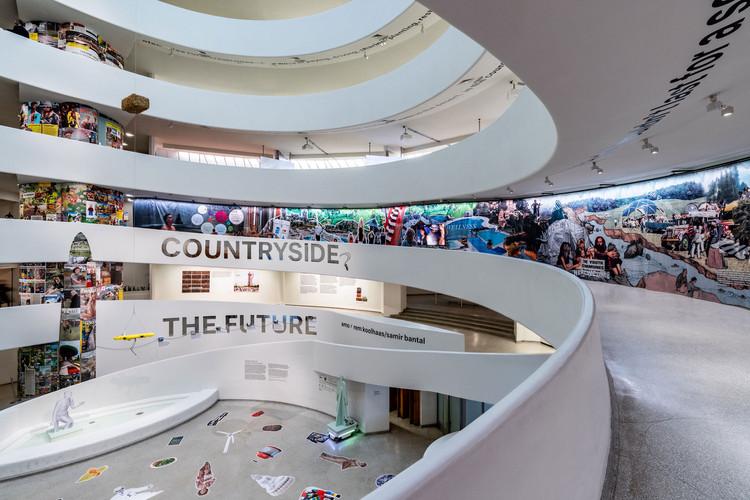 Architecture and urban planning exhibitions are historically relatively new, being consolidated in the 20th century yet, they have a lot to say, not only about the present-day context but also about the past and future of cities in general. Some of the major exhibitions that took place over the years were not very successful or popular at the time however, the impacts of these events on the field are noticeable.

In 1910, Patrick Geddes showed his Cities and Town Planning Exhibition for the first time during the inaugural Town Planning Conference in London, which was considered a milestone in the emerging field of urban planning. The traveling exhibition was held in other cities such as Edinburgh, Belfast, and Dublin in 1911, and in Ghent, in 1913. On the way to India, in 1914, the exhibition was lost following a shipwreck. Nevertheless, a new collection was quickly assembled to be exhibited in India and Palestine and, two years later, in Paris.

The exhibition was adapted to each location and displayed what Geddes called “civic surveys,” a kind of analytical study of the cities. According to Geddes, the surveys should gather and publicly display maps, plans, models, drawings, documents, statistics, diagrams, data on historical development, communications, industry, commerce, etc. The goal was to compare them by arranging the material related to different cities side by side, not only for historical purposes but also to provide practical guidance for intervention in the cities. The pattern of observing, studying, and analyzing cities before planning is made clear in his book Cities in Evolution (1915) through his motto “survey before planning.”

In an article published in 1913, Geddes points out the results of these surveys and highlights how they can guide public opinion with practical solutions. He cites, for example, the formation of the Cities and Town Planning Department of the National Museum in Dublin, the Town Planning Association of Ireland, and the implementation of initiatives to improve the city. The exhibition yielded similar results in other cities – although somewhat diffuse and secondary – which contributed to the consolidation of the field of town planning and construction in the early twentieth century.

Over decades, architecture and urban planning exhibitions have indicated the emergence of new vanguards, styles, and ideas that left their mark on different time periods. The worlds expos, which appeared in the 19th century, presented a model of exhibition halls that showcased the latest developments in technology and construction and have since undergone many changes throughout the years, increasingly adopting well-defined structures, frequency, and themes, continuing to raise the debate about the prospects for the future. On the other hand, architecture exhibitions held in museums became common later, and some of them have changed the history of the field at a global level, including Modern Architecture: International Exhibition (1932); Latin America Architecture Since 1945 (1955); This is Tomorrow (1956); Deconstructivist Architecture (1988); and Architecture Without Architects (1964), just to name a few.

Despite the limitations in terms of time and place, world expos also provide catalogs, which are fundamental tools for these events as a form of perpetuating their legacy and extending their impact to other spheres, thereby creating a link between past, present, and visions for the future.

By examining past exhibitions that have marked the history of the field of architecture and urban planning to the extent of stimulating debate and actions at different levels over time, one can acknowledge that by studying such expositions, one can reflect on the future of cities. As of this brief presentation, it is safe to say that exhibitions have been, and still are, a stage for experimentation in the field, as well as major opportunities to foster discussion and debate, regardless of their theme, time frame, or geographical context.

This article is part of the ArchDaily Topic: The Future of Cities. Every month we explore a topic in-depth through articles, interviews, news, and projects. Learn more about our monthly topics. As always, at ArchDaily we welcome the contributions of our readers; if you want to submit an article or project, contact us.