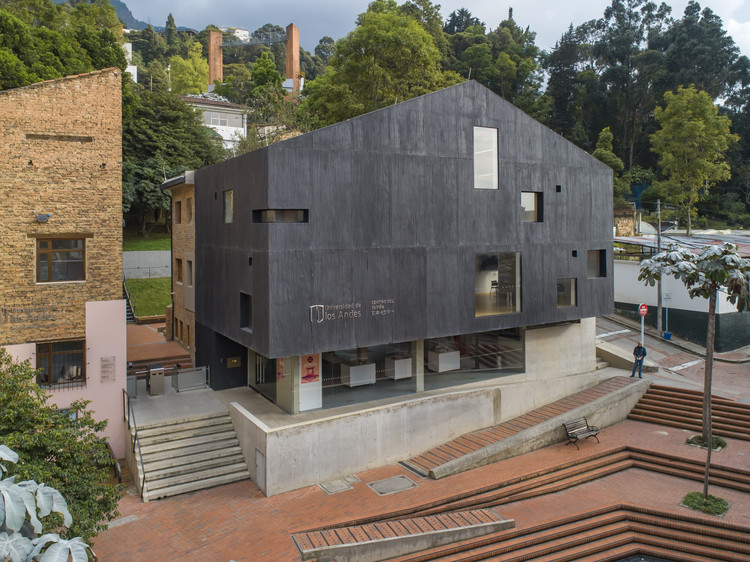 Text description provided by the architects. Japanese culture (a collectivist society), gives absolute priority to the collective over the individual, and for this, it has a language of basic behaviour patterns that helps to understand social relations between groups or between groups and individuals, fundamentally based on respect. This code is summarized in the dichotomy, or the concept, “uchi-soto“.

The uchi, which could be interpreted literally as “inside”, represents the closest social circle, which includes layers from the family, close friends, the company etc, thus understanding the family as the embryo of the Japanese social code and the primary element of the uchi.

The soto, which could be literally interpreted as “outside”, represents those groups or individuals that are not within the close circle, but with whom there is or could be a relationship or link.

Thus, the uchi-soto is not a negation or a border, but on the contrary, it constitutes a link and at the same time a communication code.

Two concepts or patterns emerge in parallel from the uchi-soto dichotomy, known as the tatemae-honne, where the tatemae (literally the facade) represents what must be projected outwards, for which there are clear restrictions, and the honne, represents those relationship patterns whose freedom is exercised only within the uchi group.

The architecture of the Center for the Japanese Culture is governed by these concepts, on the one hand, the uchi-soto is manifested in a succession of spaces with different attributes and categories that go from the most public – the square, to the most private – the garden, controlling the degree of enclosure, transparency and connection with the exterior, producing its own spatiality for the family (miuchi), and another for the individual (wathasi).

On the other hand, the tatemae-honne, is produced by projecting outwards a condition of solidity and transparency typical of Japanese culture, represented by a large solid black block that is delicately pooled on glass and whose texture of charred wood evokes techniques of Japanese ancestral constructions, which contrasts with the interior where a warm atmosphere is experienced from the handling of light to the treatment of materials.