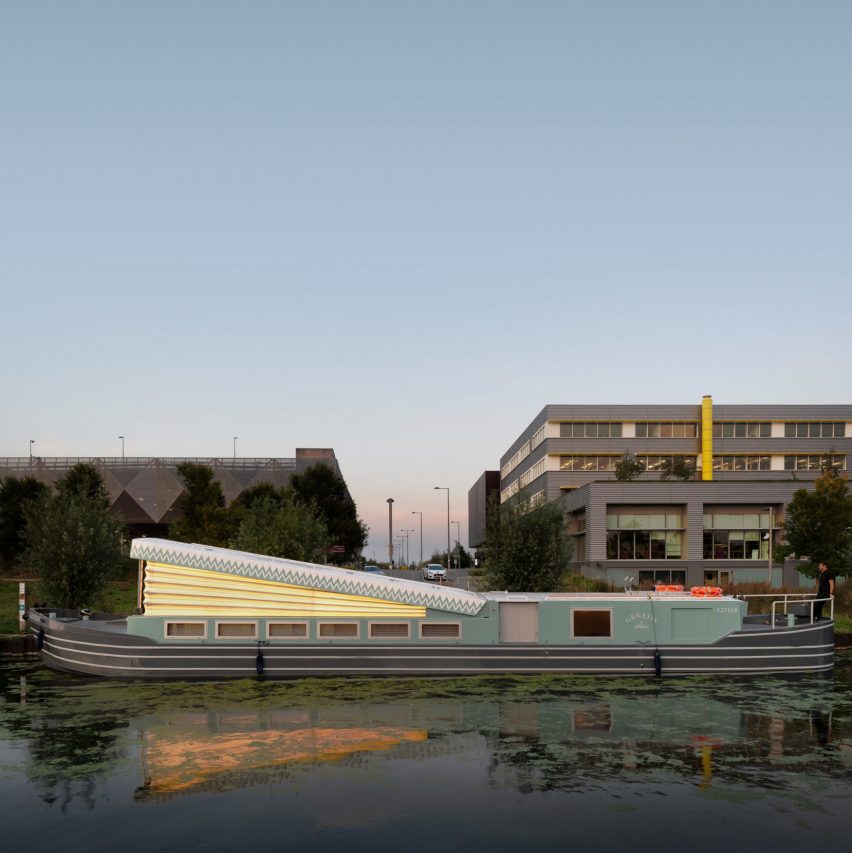 We’re kicking off our review of 2020 with a look at Dezeen’s top eight churches from the past year, including floating, rainbow-topped and timber places of worship. 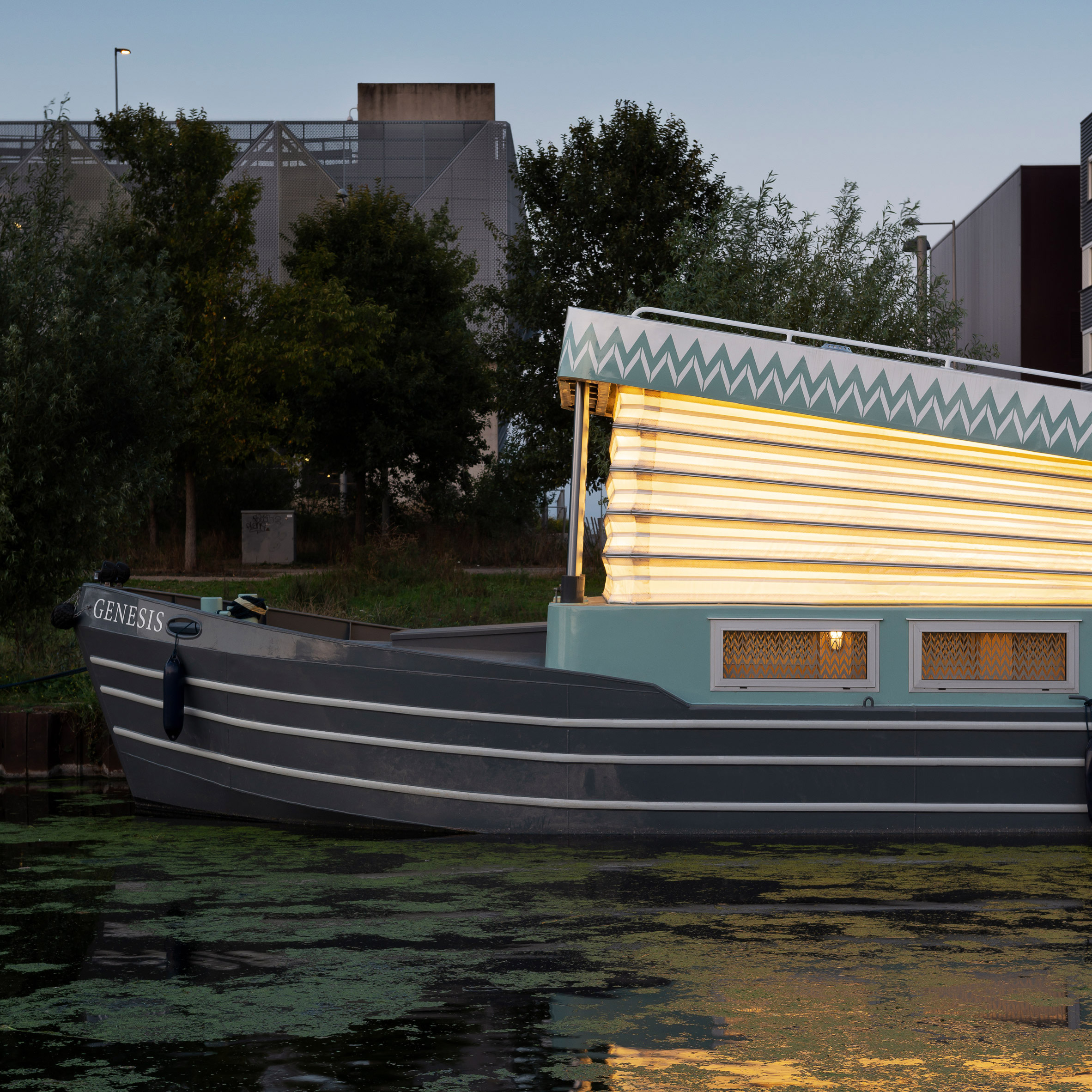 Built on a canal boat in east London, this floating church is topped with a pop-up roof that recalls an organ’s bellows.

UK studio Denizen Works worked with Turks Shipyard and naval architect Tony Tucker to create the chapel for the Diocese of London that can function as both a church and a community hub. 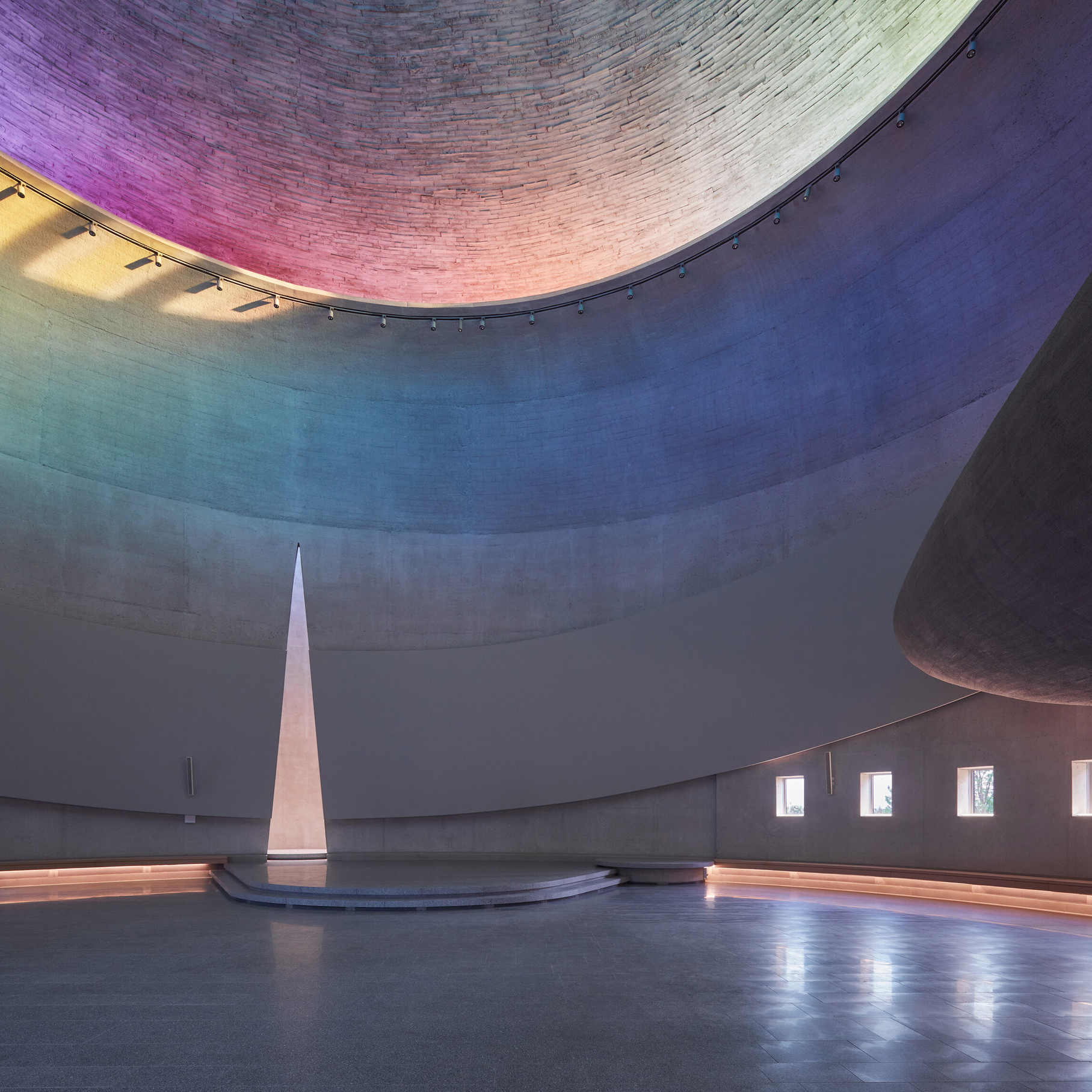 This circular church within a housing estate in the Czech Republic city of Brno is topped with a panoramic, rainbow-hued window.

Czech Republic studio Atelier Štěpán wanted the concrete church to be a place of contemplation away from the bustle of modern life. 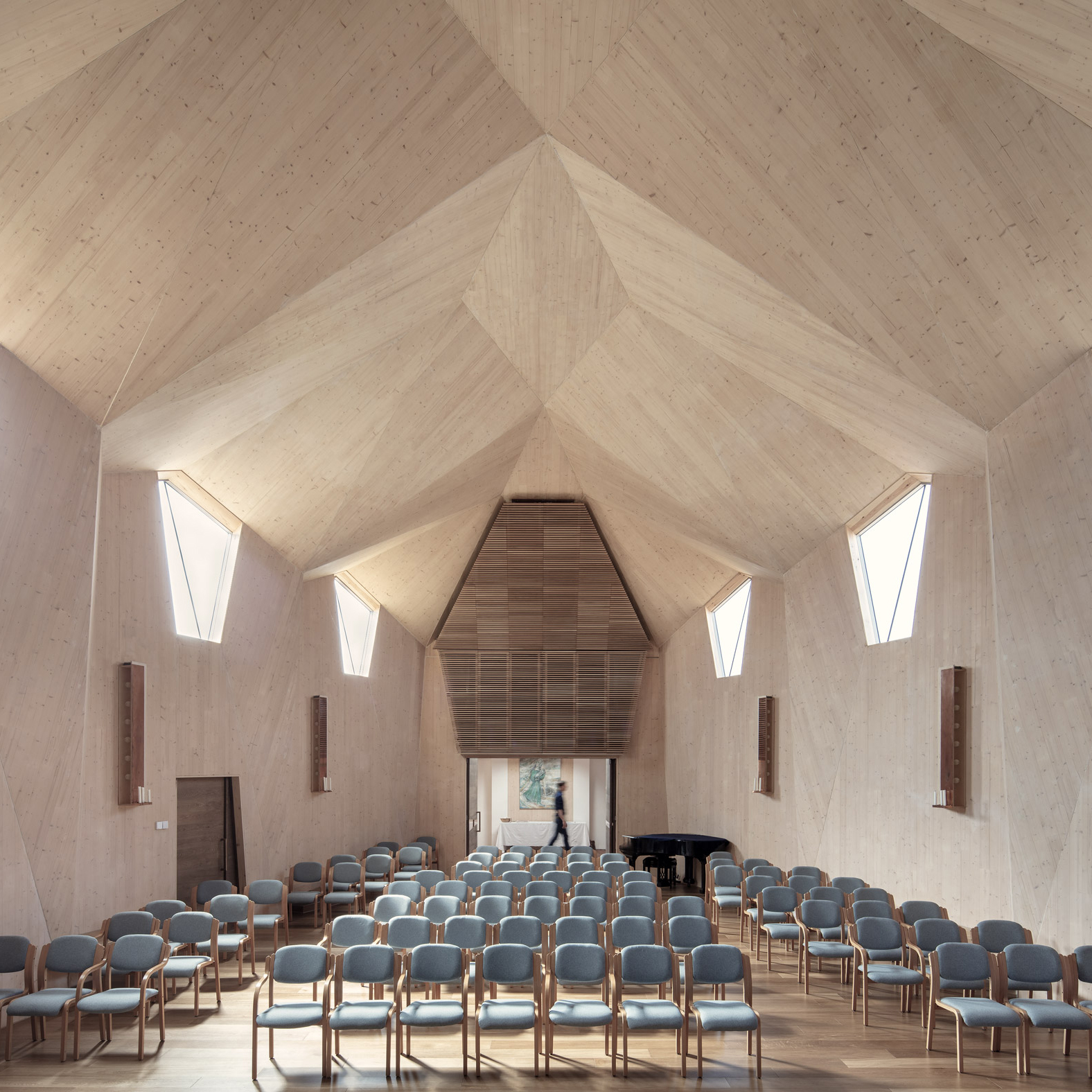 This facetted timber chapel was built as part of an extension to a church in the town of Stroud in southwest England.

Built from a combination of cross-laminated timber panels and glue-laminated structural beams, the form created by  Nicolas Pople Architects was intended to invoke the feeling of a gothic cathedral. 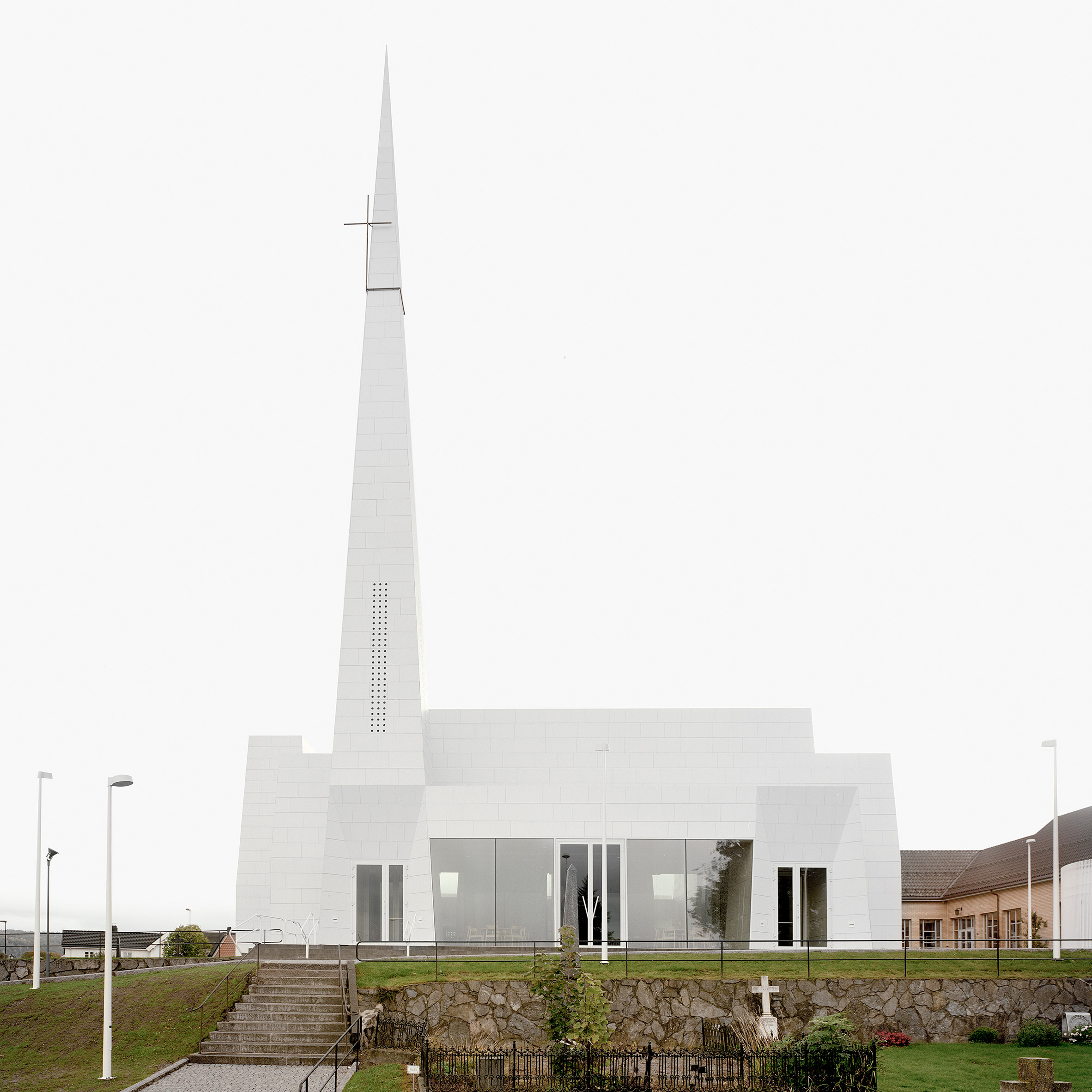 Espen Surnevik designed this church to recreate the monumentality of Porsgrunn’s 18th-century church, which was destroyed in a fire in 2011.

The geometric “resurrection church” is entirely clad in porcelain. 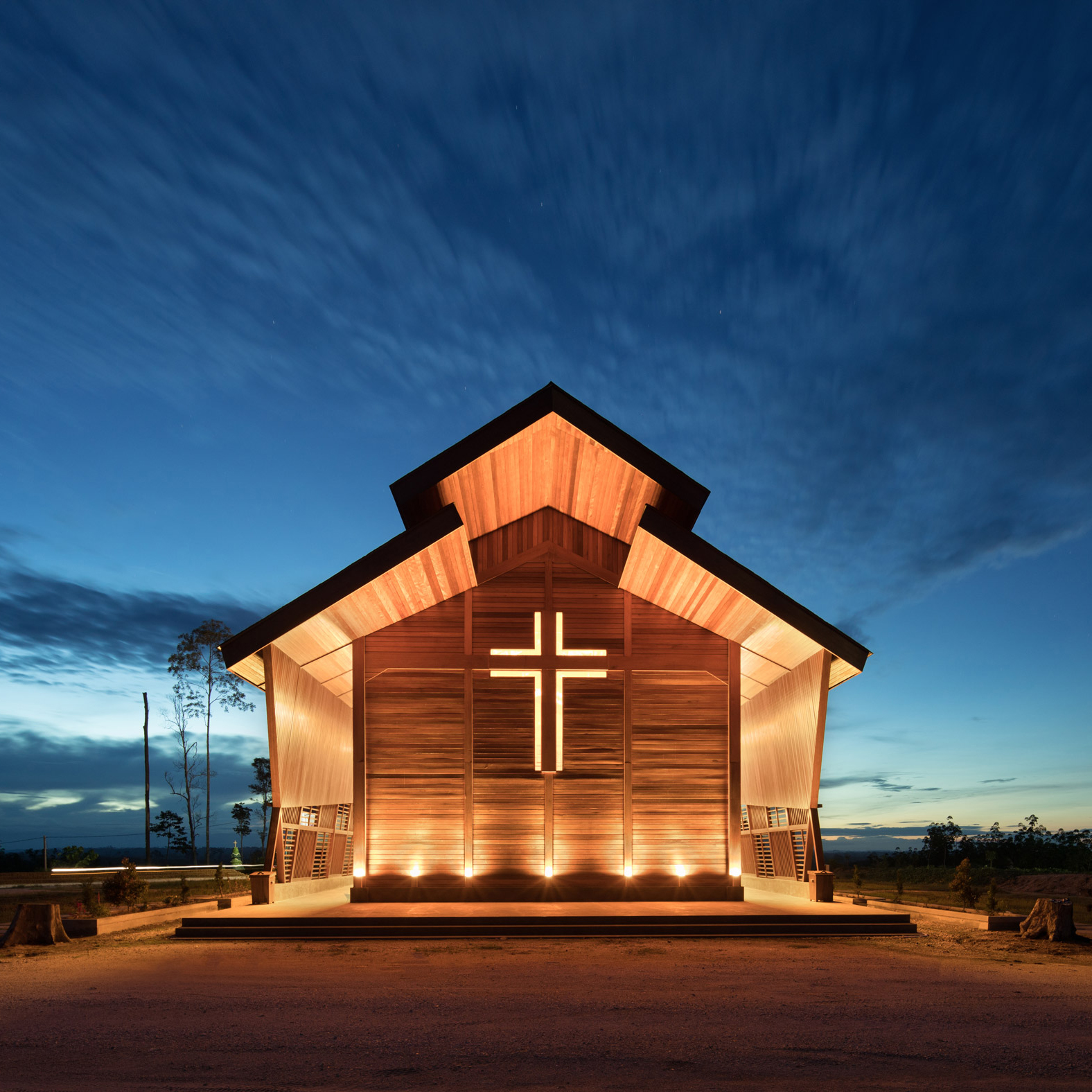 This wooden church was designed by Jakarta-based TSDS Interior Architects for workers on a rubber plantation in Sajau, Indonesia.

The church’s entire structure, along with exterior and interior facades, was built from locally sourced Bangkirai, Kapur, Meranti and Rimba timber. 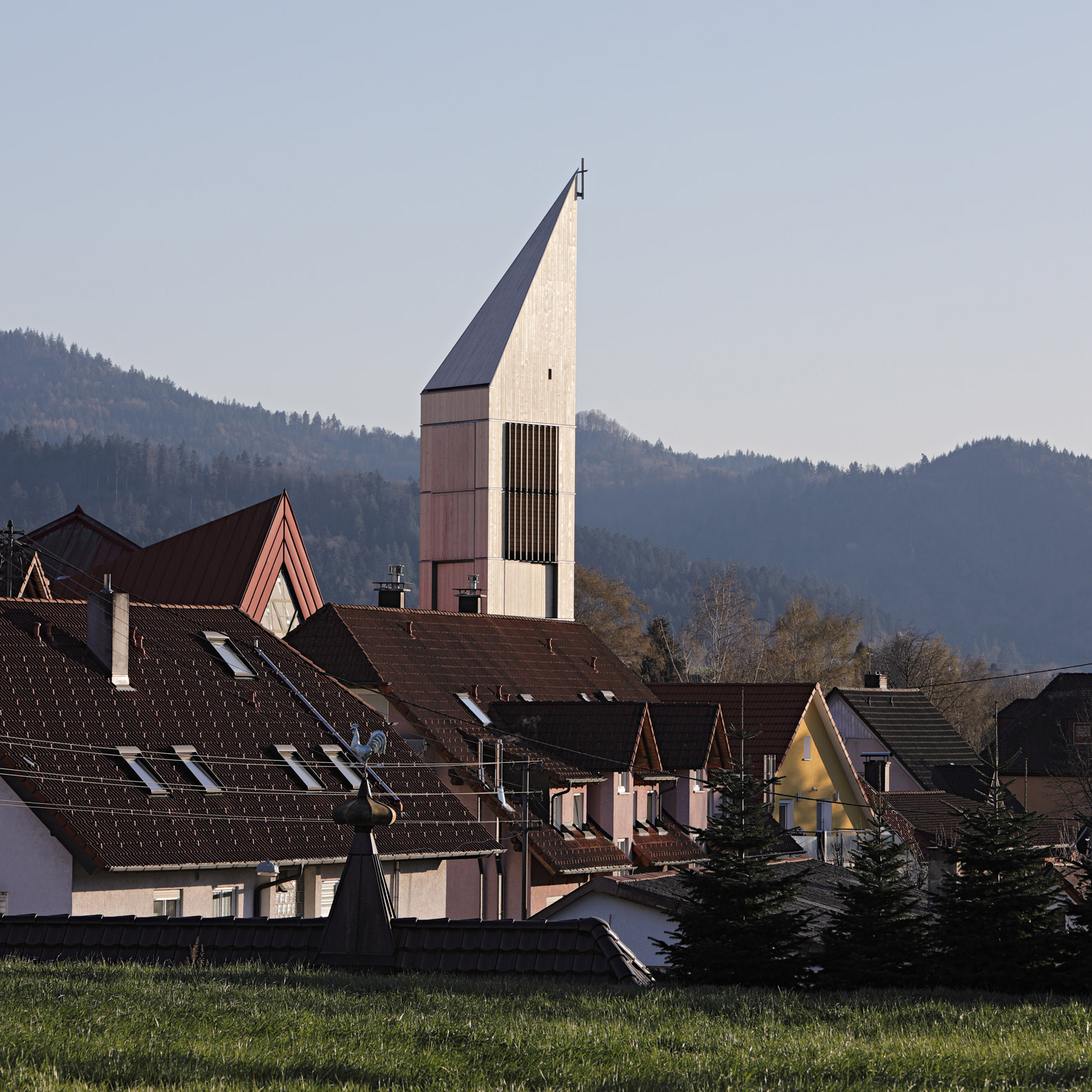 Built as an extension to a church situated at the intersection of three valleys within the Black Forest, this triangular tower also serves as a public viewpoint.

The cross-laminated timber tower completes the church, which has a 16th-century gothic choir and a large, tent-like hall built in the 1970s. 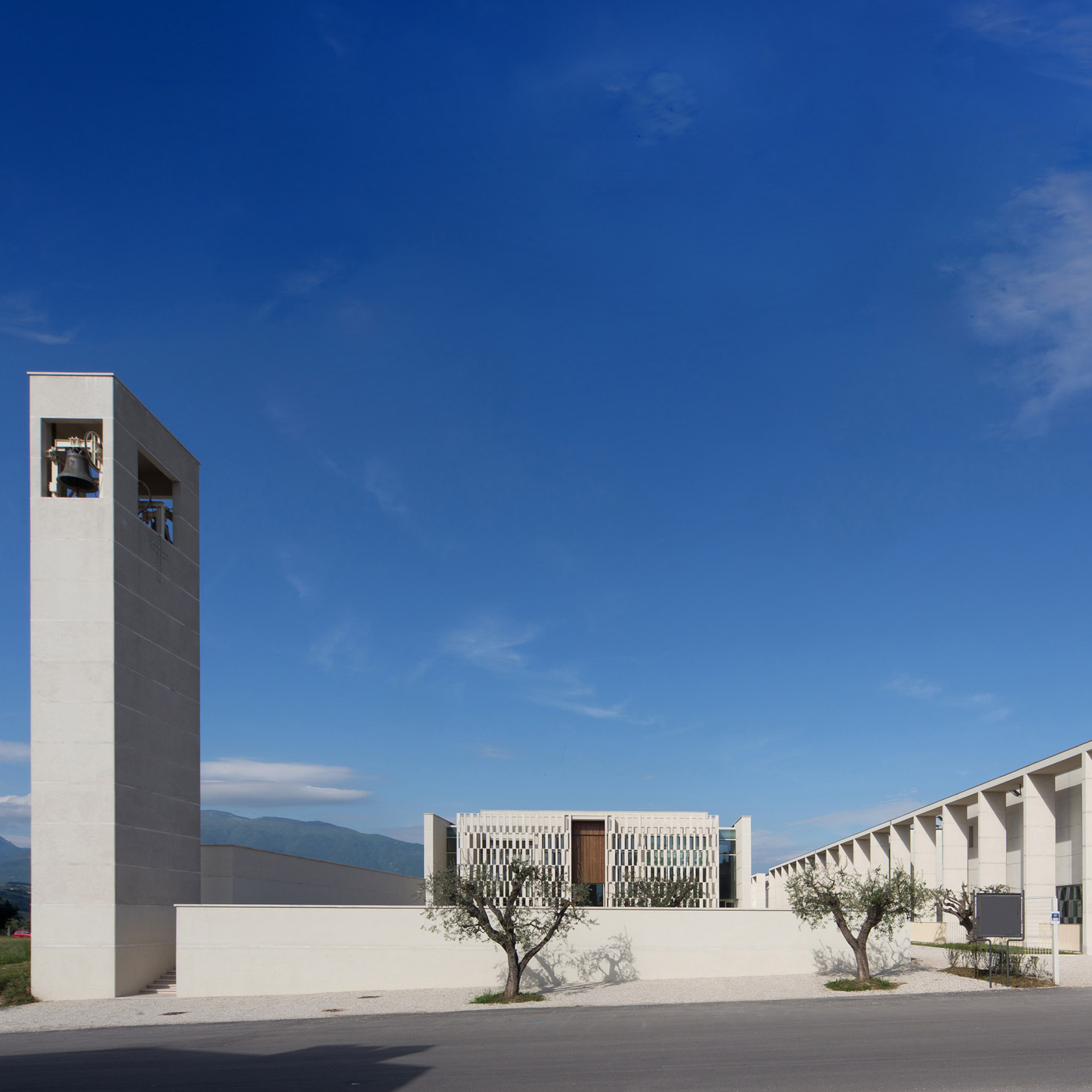 Contini Architettura built a church as part of a group of buildings, including a parish hall, sports’ clubhouse and changing rooms, around a gravel-filled square in the village of Castel di Lama.

The arrangement of the buildings was designed to recall traditional Italian town centres, while the church has an elliptical main hall. 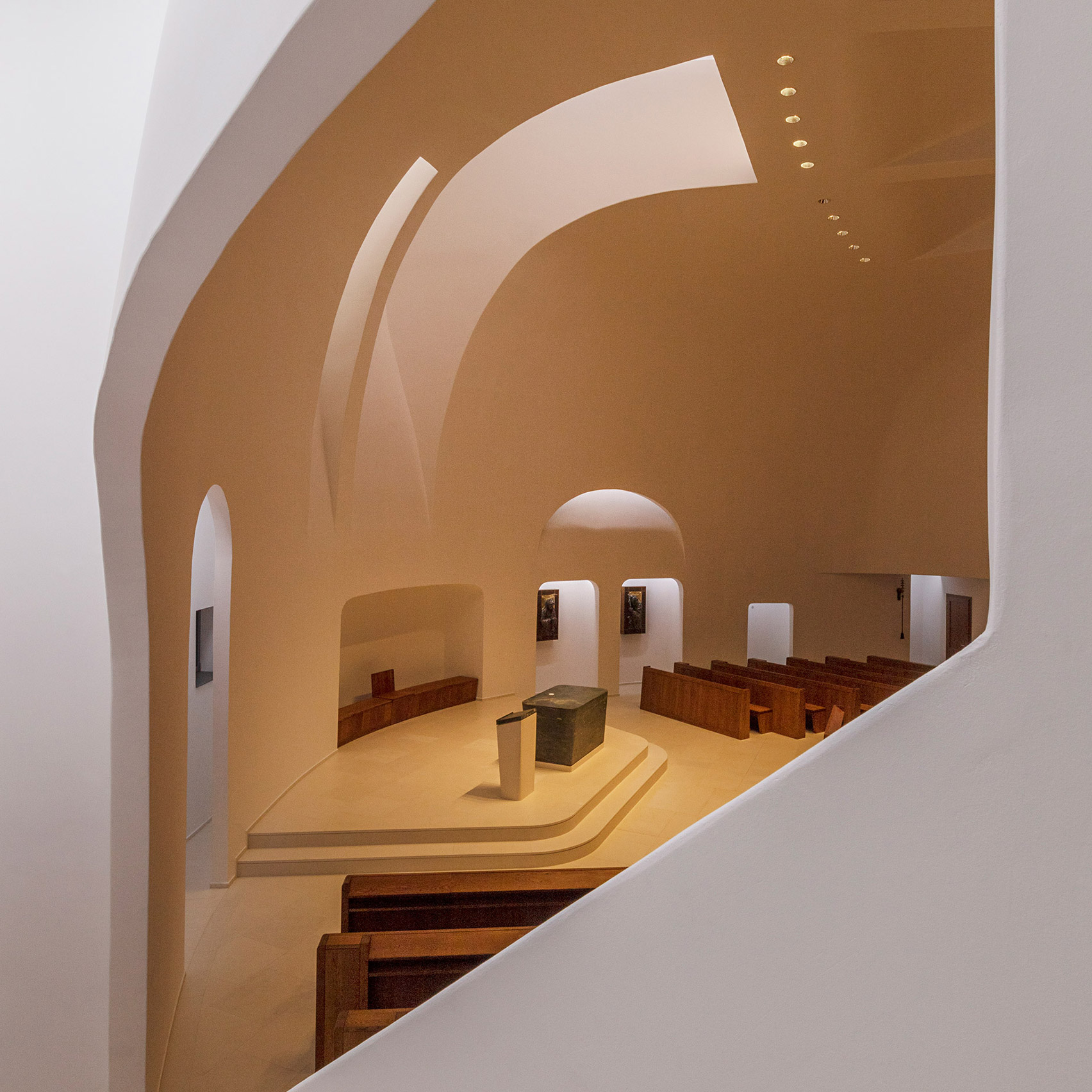 According to the studio, the shape of the building was designed to “invite people closer to the holy act” at the altar.