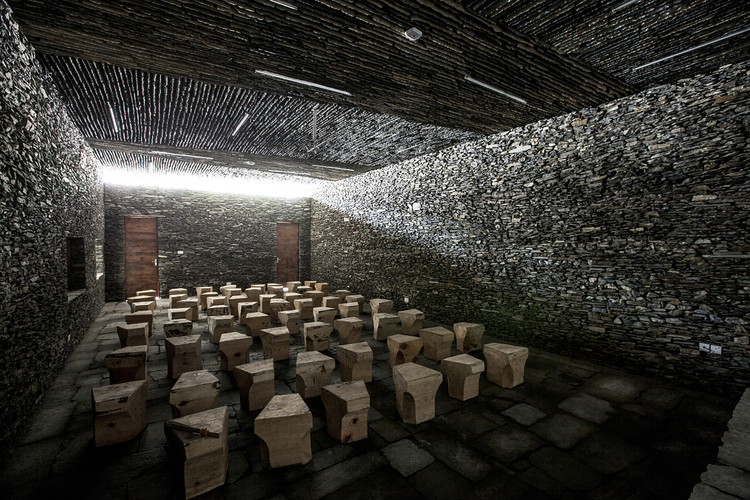 Text description provided by the architects. Himalesque in the plateau of Nepal and against its backdrop of unlimited nature, was another solution to the local climate conditions.

The local traditional boundary markers are constructed from spaces with a thick outer skin, in order to solve the condition of a plateau in a lump.

I paid attention to the deconstruction of the thickness of the boundary wall I divided the wall of enclosed space which is separated from the outside according to functions. A “gap” can be created in between the stone wall blocking wind and the glass wall, forming inner space.

Site conditions facing strong winds with changing directions, from rainy seasons to dry seasons, and environmental conditions require that a cool, unheated space is maintained, in spite of the extreme daily temperature differences, reorganized by contemporary methods with local materials.

The small garden in between the separated walls open up a space seemingly destined to be confined by a softening wind and full light exposure, making a ‘gap’ to establish its relationship with nature.