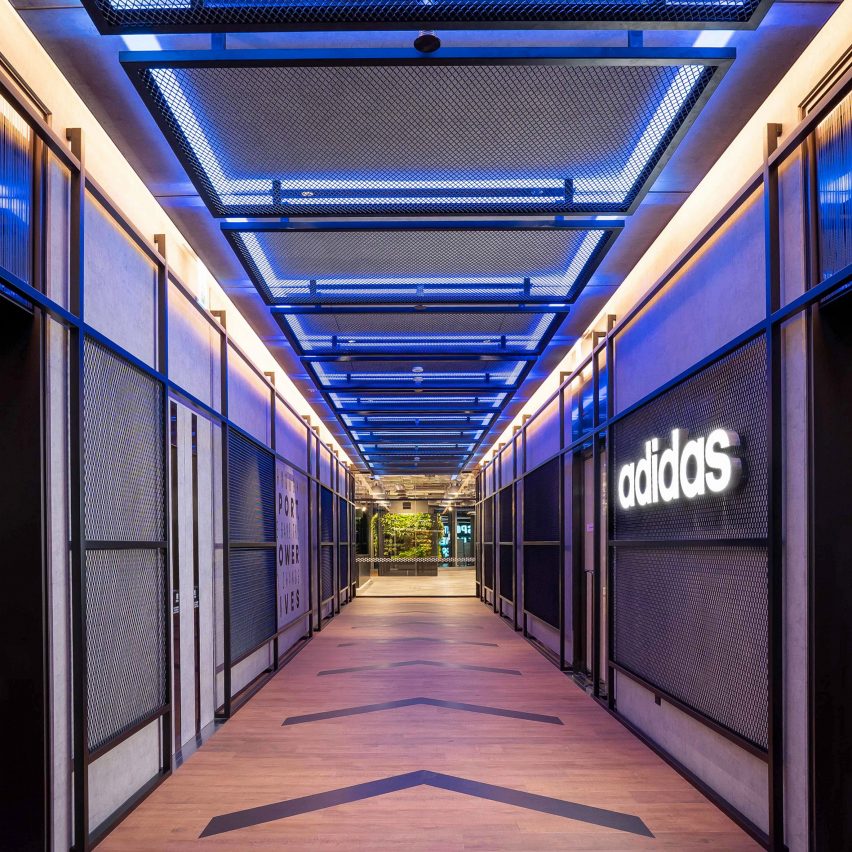 Architecturepromotions: US flooring designer Shaw Contract has announced the winners of its 2020 Design Awards, which include an office for Adidas in Hong Kong and a school for homeless children in the USA.

Shaw Contract recognised seven winners and a People’s Choice award in the 15th edition of its Design Awards, which celebrates impactful living, working, learning and healing spaces around the world.

Each of the winners was awarded with a $5,000 charitable donation in their studio’s name to an organisation of their choice.

“The Awards place a spotlight on a diverse range of talents from across the globe, celebrating design in action and purposefully rewarding the innovative and truly inspiring work being done by the architecture and design community,” said Shaw Contract.

“Design defines and influences action, healing, idea generation and socialization. It gives us and our experiences meaning and purpose,” it continued.

“Shaw Contract is obsessed with the environments that define the human experience, and celebrating those spaces that make a smarter impact for our world is an imperative.”

The seven winners were selected from 43 category finalists, which were chosen from hundreds of entries by a panel of judges from around the world.

Alongside these winners, the public also chose the winner of the People’s Choice award: an office in Kuala Lumpur designed by Box Design Studio.

Designed for reinsurance company Hannover Re, The Suave office combines areas of open-plan workspaces with a series of formal and informal meeting spaces.

“From huddle rooms to thinking pods, the variety of spaces enables quick switching between conversation and concentration.”

International architecture and design studio Robarts Spaces won awards for two of its office projects: a workspace for International Consulting Firm and a headquarters for Shui On Land.

Two further office projects received awards, including Envisione Studio’s design for the Adidas Global Sourcing Headquarters in Hong Kong and Escape from Sofa’s workspace for the Onur Group in Ankara.

Designed to have the feel of a home rather than of an institution, the school features different spaces named the Family Room, Living Room, and Backyard.

The final two awards were presented to projects in Australia. The Japara “The Regent”, Aged Care Facility in Melbourne by Spowers was designed to connect residents to the surrounding nature reserve as part of an overall strategy to enhance the life of the residents.

In Hobart, Core Collective Architects created a homely, crafted and functional tenancy fit-out for the Eternal Women’s Health, which is a healthcare facility for women at all stages of life.

Read more about all the winners on Shaw Contract’s Design Awards website.