Here’s a look at 10 pivotal projects by Indian architect Anupama Kundoo, whose work is currently on show in a retrospective at the Louisiana Museum in Denmark.

Many of her buildings can be found in Auroville, southeastern India. Kundoo moved to this experimental city after graduating from the University of Mumbai in 1989, and it has had a strong influence on her work.

It was in Auroville where she met modernist architect Roger Anger, who became a long-time collaborator. It was also here that she built her first house, Hut Petite Ferme, experimenting with materials including granite, clay and coconut fibre.

Although she now lives in Berlin, Kundoo is still heavily involved in the planning of this city. She has designed many of its institutional buildings, including the town hall.

She has also designed a range of other influential projects for India, including her affordable housing concept Full Fill Homes, which allows new homes to be erected in a matter of days.

Here’s a look at 10 of her key projects, captured by photographer Javier Callejas: 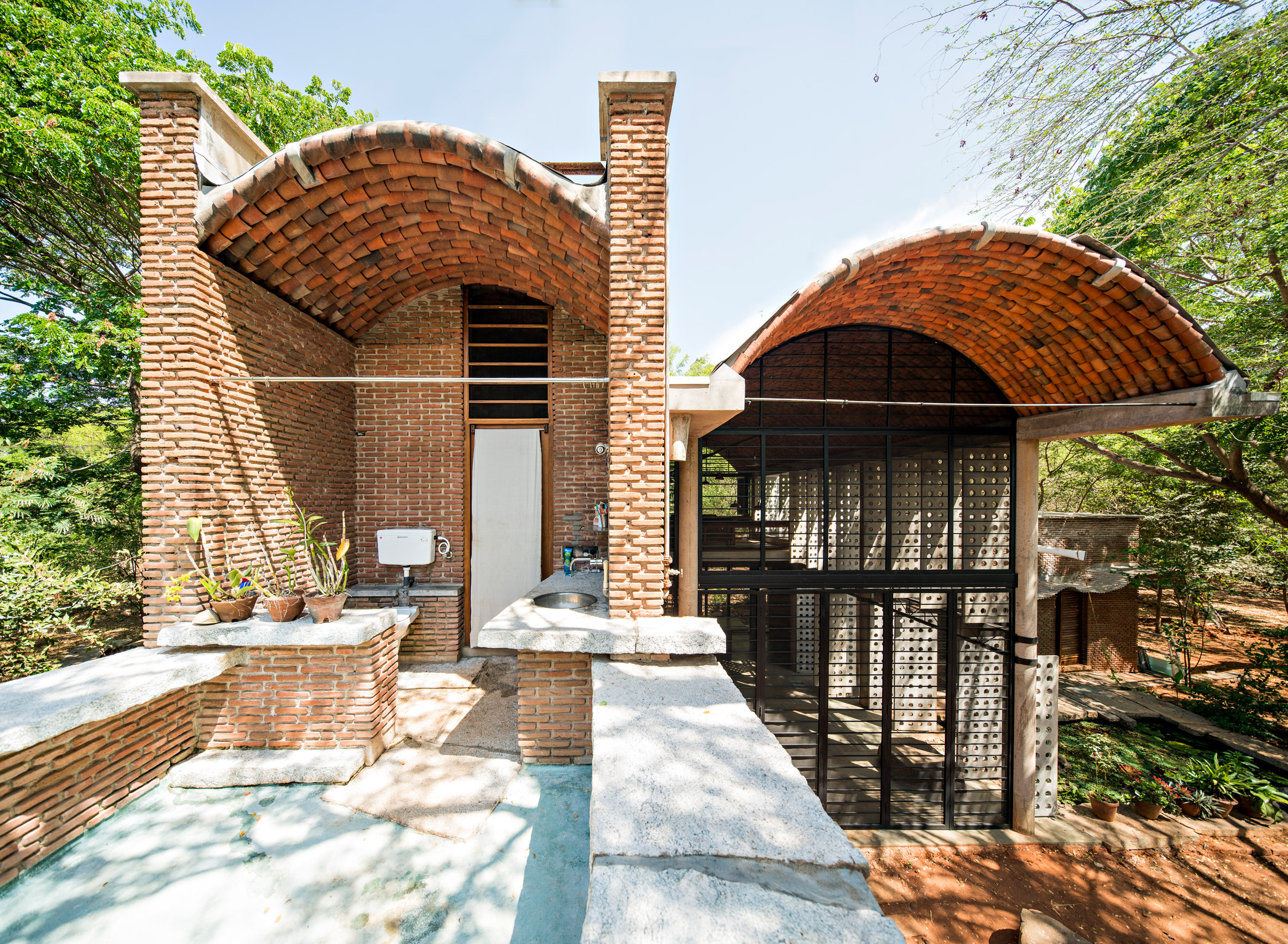 The second house that Kundoo built for herself became a prototype for many of her subsequent projects.

Working with local craftsman, she opted to use preindustrial “achakal” mud bricks, which are less energy-intensive to produce than factory bricks. She also developed vaulted terracotta roofing systems, to utilise the skills of Auroville’s potters. 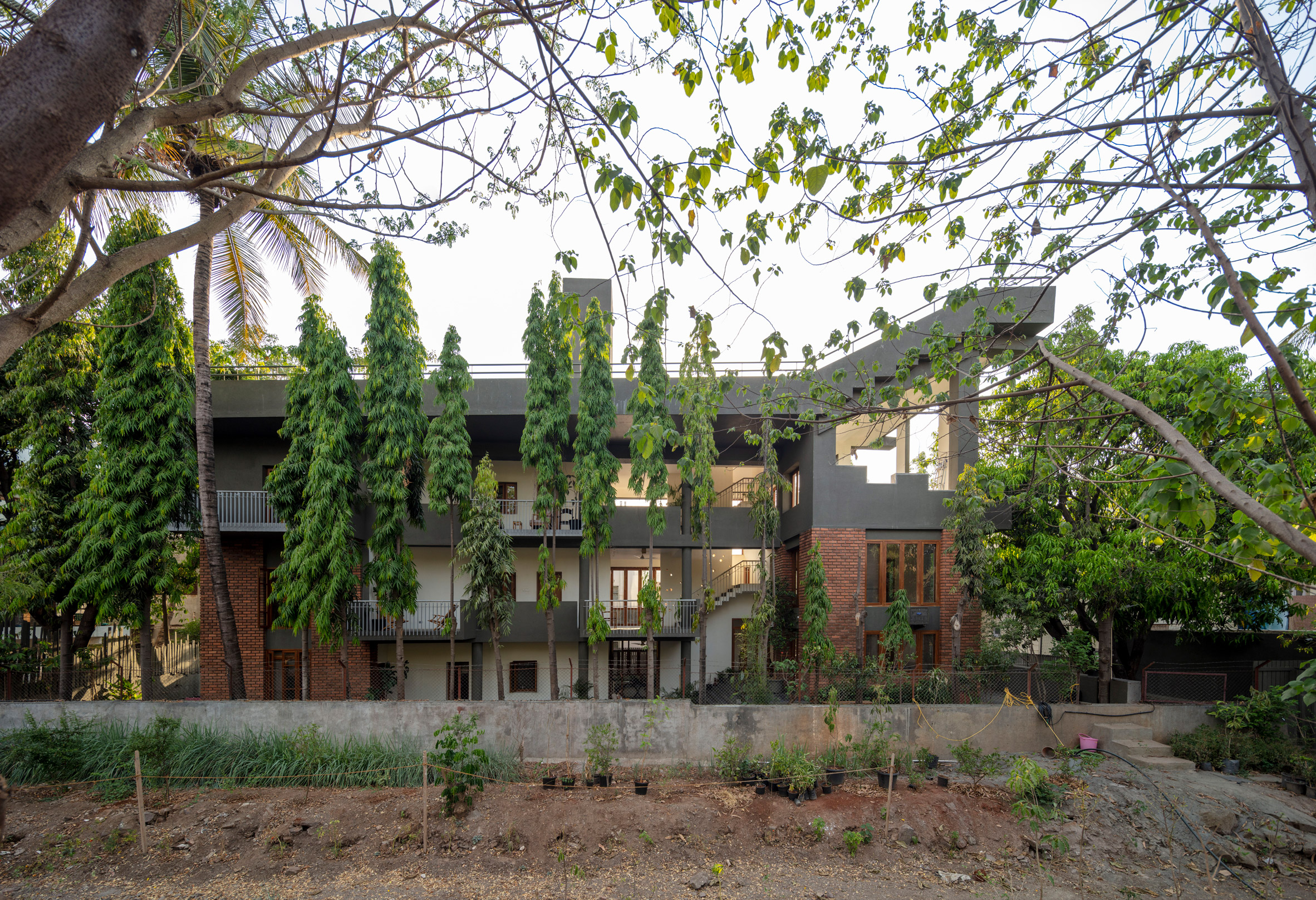 This family villa consists of various indoor and outdoor spaces, all sheltered beneath a single large roof.

Rooms are interspersed with verandas and terraces that provide plenty of cross ventilation, but that also create natural separation between the domains of the house’s various occupants. 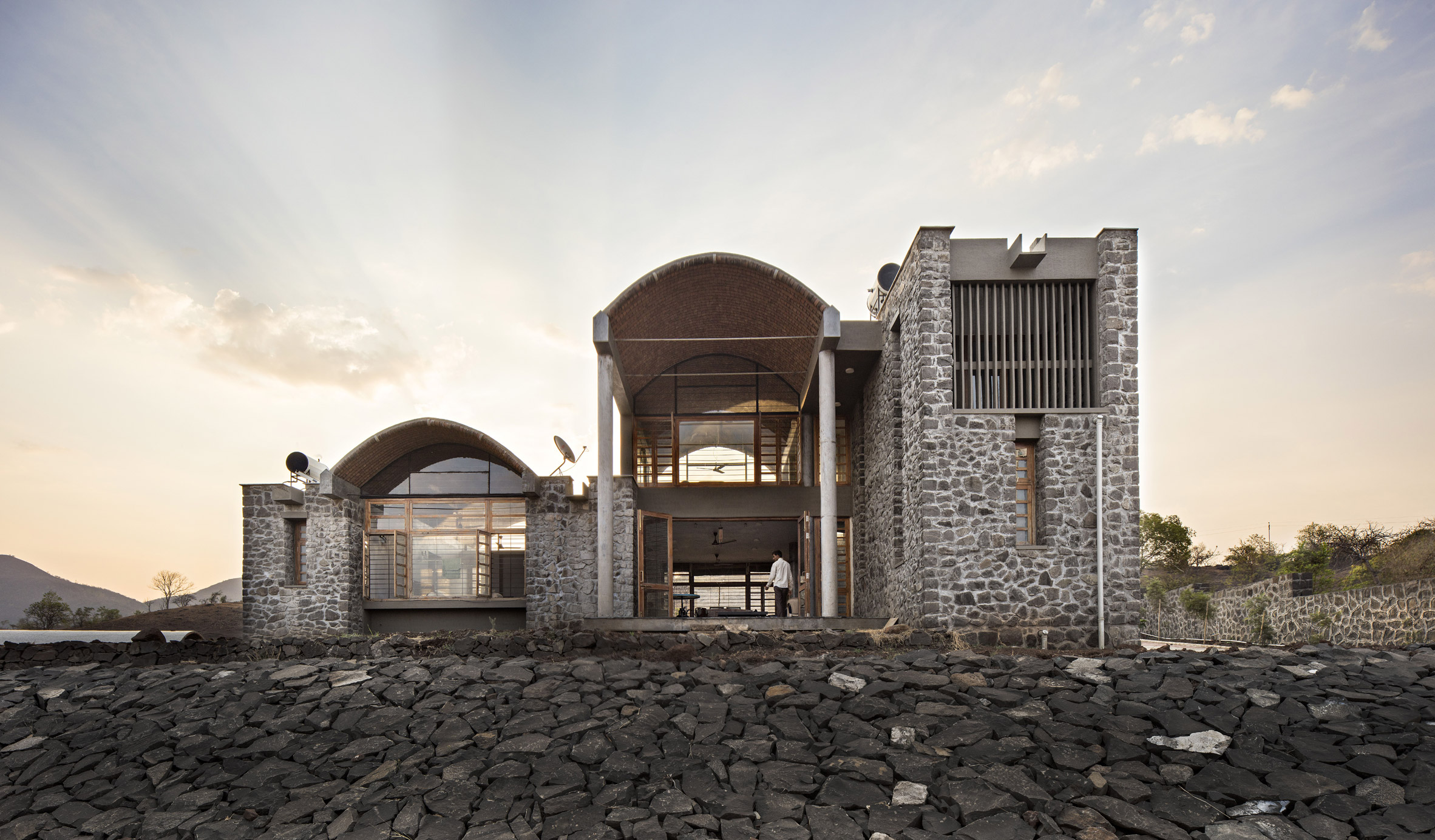 This pair of houses is built from natural basalt stone – a readily available material in the area – and locally crafted terracotta tubes.

Glass-fronted social spaces are located beneath the vaulted roofs, while more private spaces are embedded within the solid masonry walls. 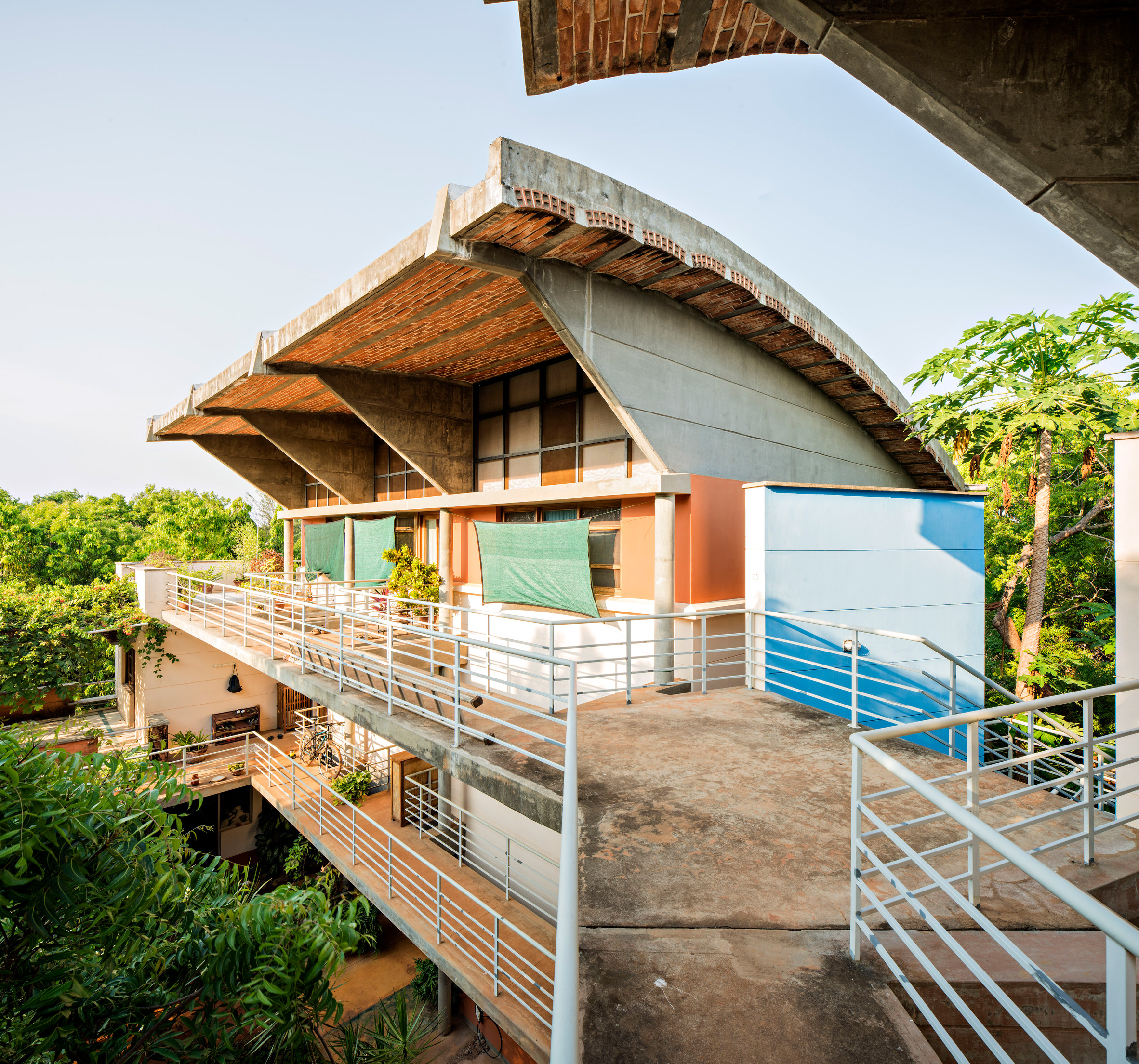 Designed as a prototype for a co-housing community, this complex provides diverse facilities for between 50 and 60 residents.

Raised walkways create space for interaction without compromising the privacy of the individual homes, and also allow the buildings to incorporate natural ventilation techniques. 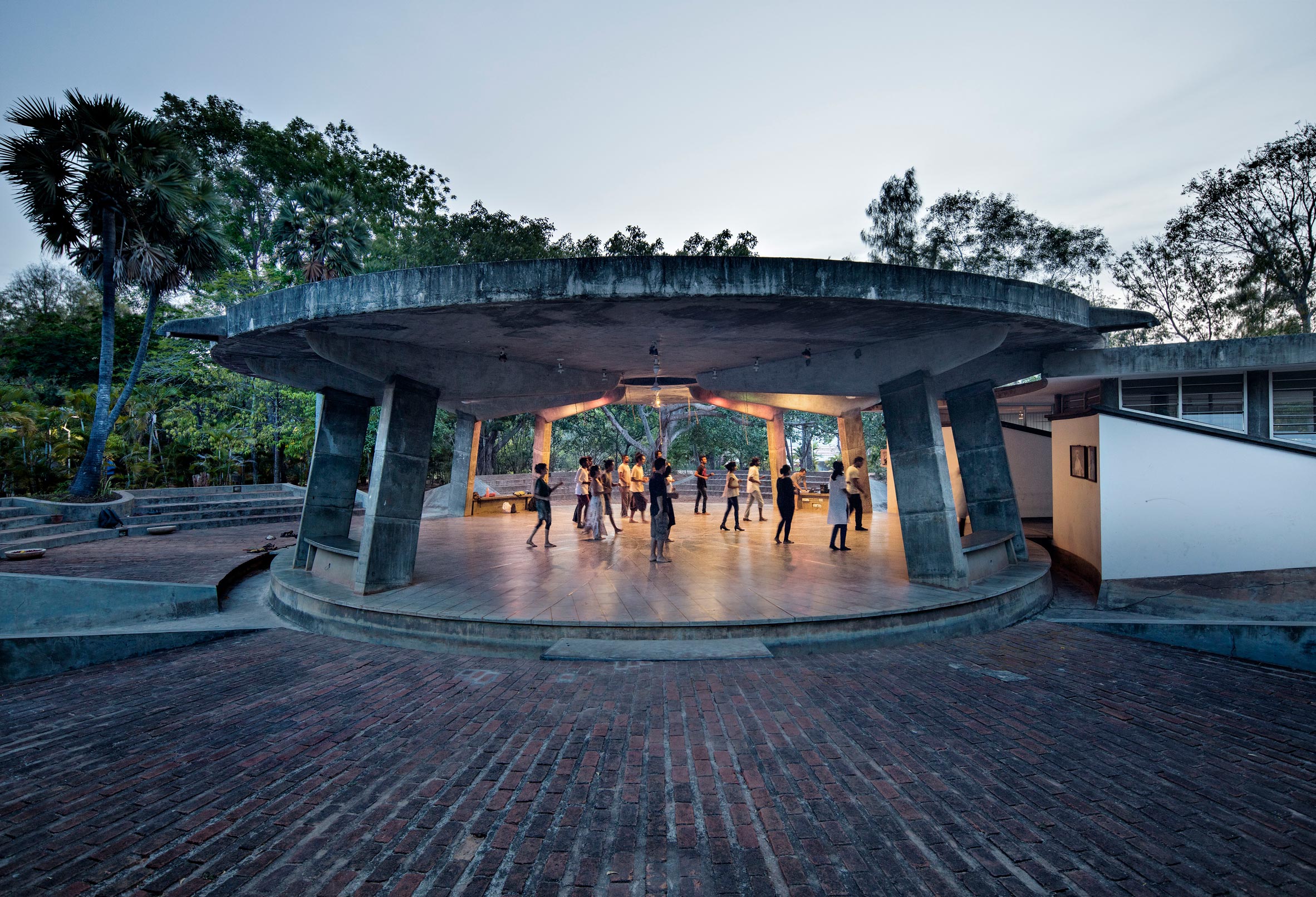 The Sri Aurobindo World Centre for Human Unity is a concrete pavilion, designed as a community space for the residents of Auroville.

The structure is supported by eight leaning pillars and is surrounded on three of its four quadrants by amphitheatre seating. At its centre is a circular skylight, which is mirrored by the patterns in the flooring below. 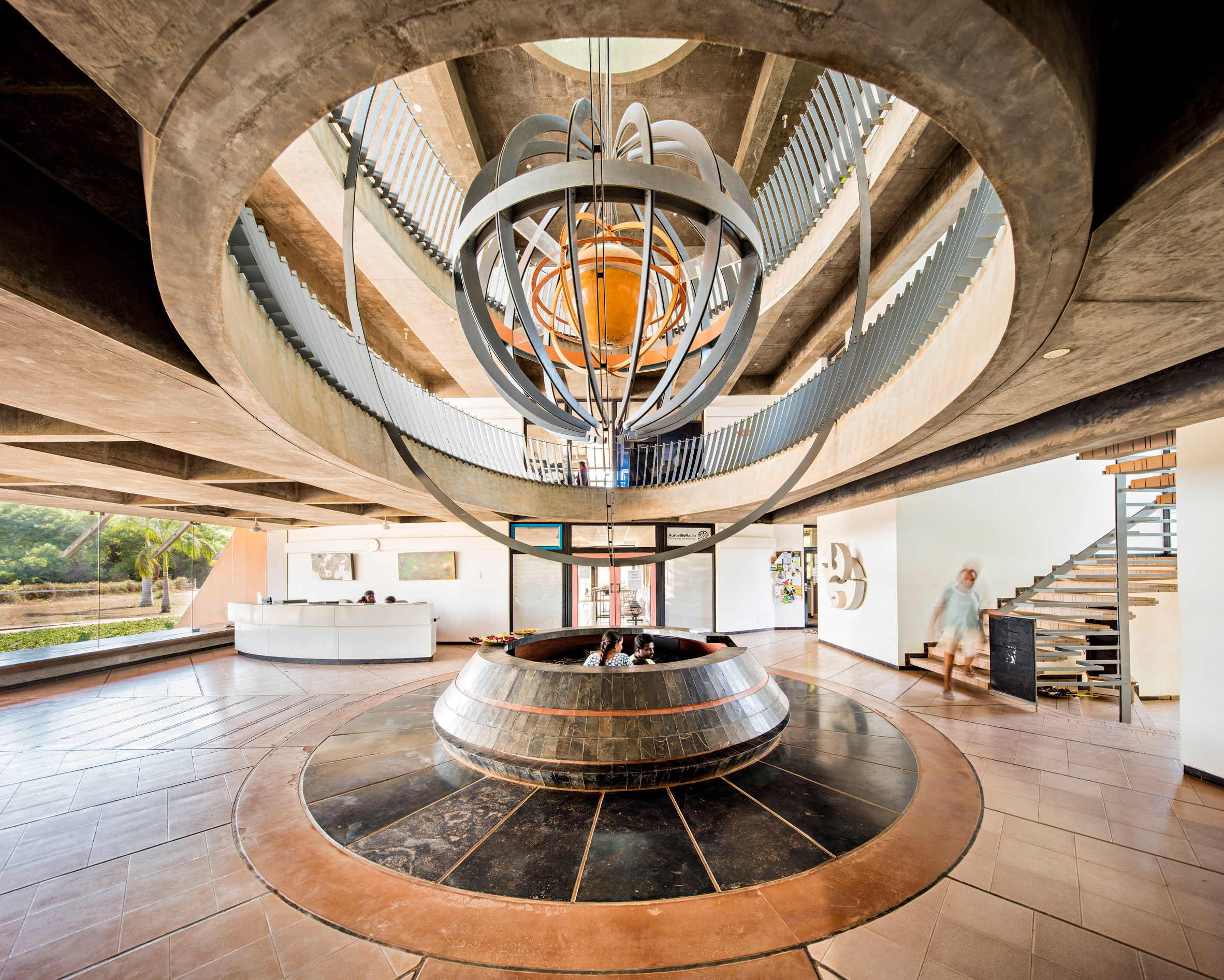 Kundoo collaborated with Roger Anger, who was Auroville’s chief architect, to create a group of three buildings to house the town hall.

The complex intersperses offices with public facilities and service areas, allowing spaces to take on an urban character. Shaded walkways connect the buildings, which are primarily built from concrete and brick. 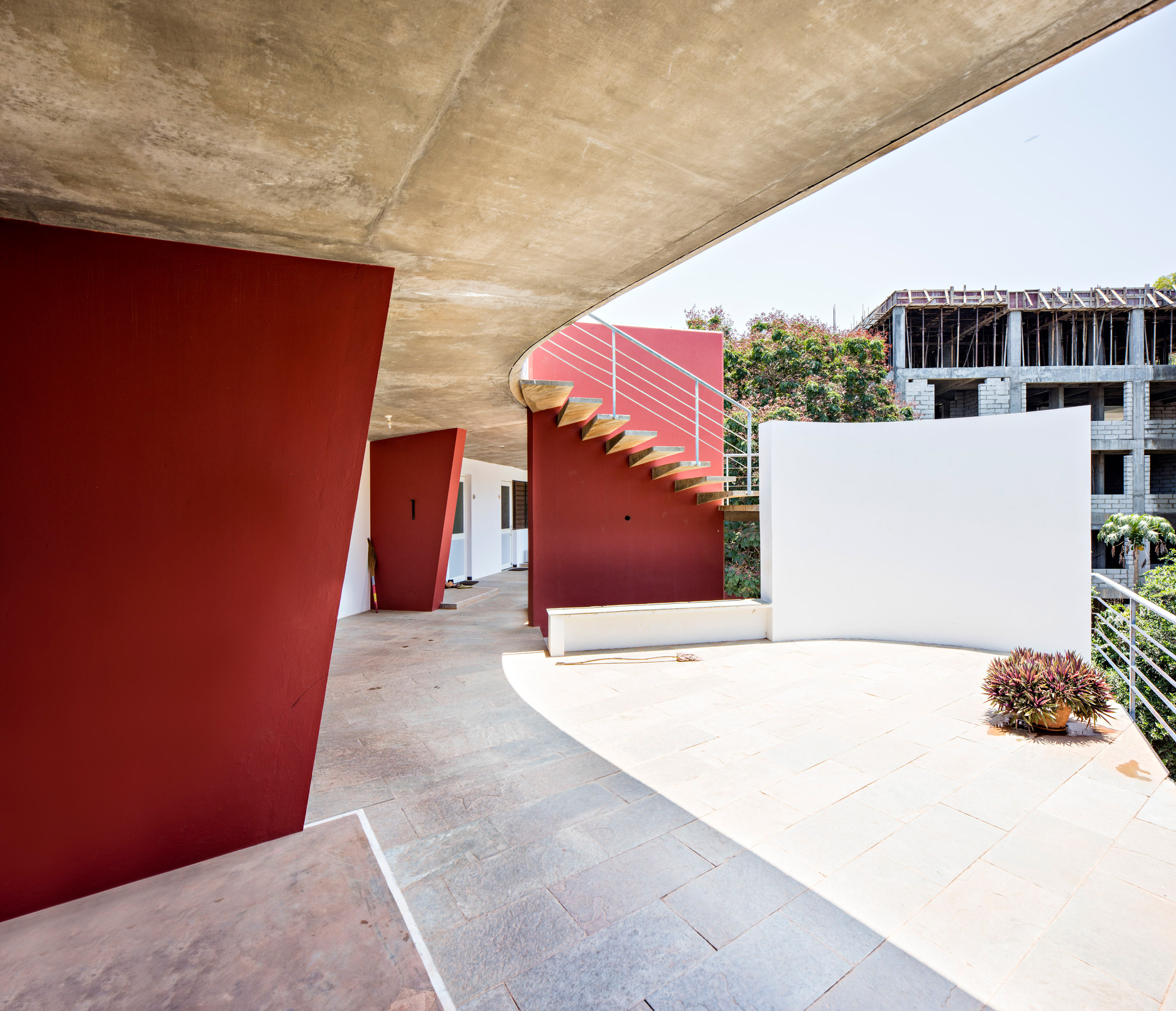 The building is organised around open-air corridors that follow its kinked form. Rooms have balconies, plus there are various communal terraces, to encourage interaction between residents. 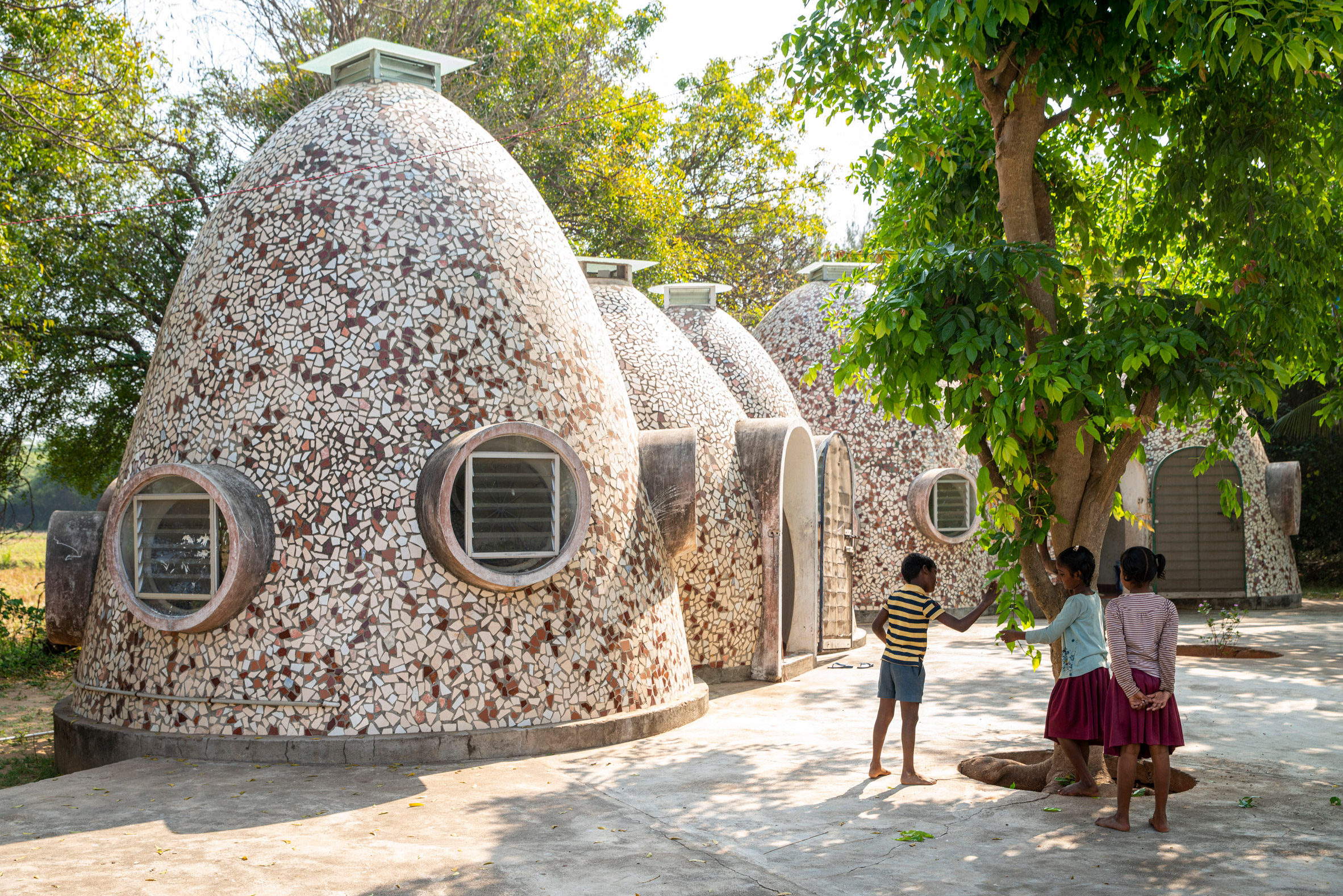 These dome-shaped housing units were designed to accommodate children from challenged backgrounds.

Here, Kundoo explores an innovative form of construction that is both low-cost and environmentally friendly. The structures are built from mud bricks made on site, which are then fired in-situ to make them more durable and water resistant. 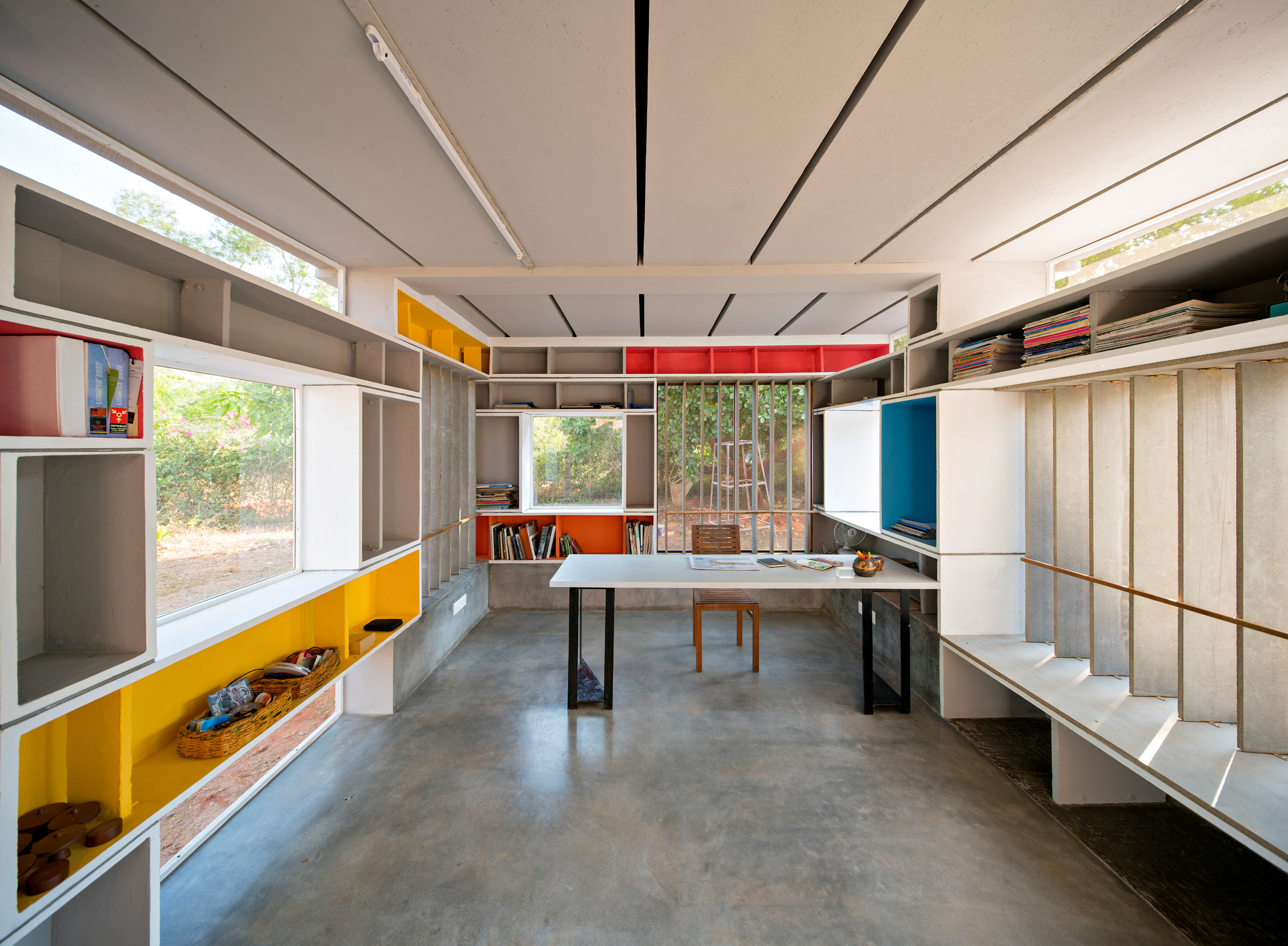 Kundoo uses ferrocement – a low-tech form of reinforced concrete – to create the modules of these affordable housing units, which are designed to combat the homelessness problem in India.

The box-shaped modules can be assembled in a matter of days, and incorporate niches that become highly functional for storage. Reinforced concrete slabs were paired with modular terracotta screens to create the structure of this daycare centre.

The building was designed for a charitable organisation that aims to provide education to disadvantaged communities and children. It centres around a garden courtyard used for a variety of different activities.